We have made some changes in our Happyland Music Alliance business which will give me a bit more wiggle room in my schedule. I plan to use this time for several things, including some household projects and more blogging. In fact, I’m going to combine the two for a new blog series – Domestic Dee-Va. Each week I will share a home organization project, cleaning tips, or something domestic.

David and I currently are working on putting together a stereo system in our library. We’ve been collecting vinyl and want a good system to play it on. Now that some of our evenings will be freed up a bit we want to spend time relaxing and listening to music together.

We did some research and decided to buy a 1974 Marantz receiver on eBay but opted for a new turntable and speakers. We haven’t found a CD player yet but we hope to have the rest up and running by the end of the week.

Here is a picture of where the stereo is going: 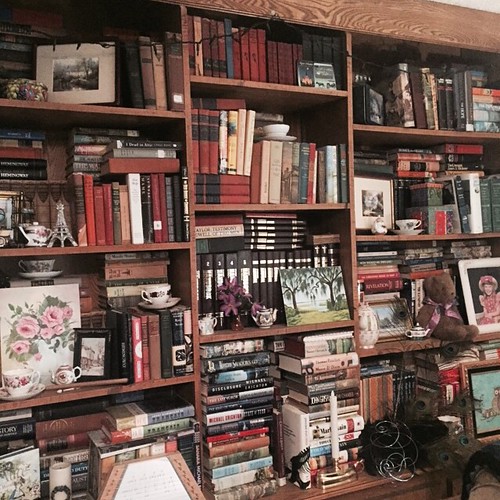 Yeah, I know. The components are going in that bottom, center section and the albums in the section to the left. It might not be obvious from this photo but those books are stacked two layers deep. That meant this was the next step in the process: 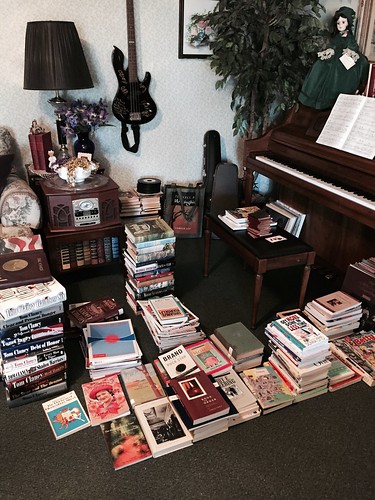 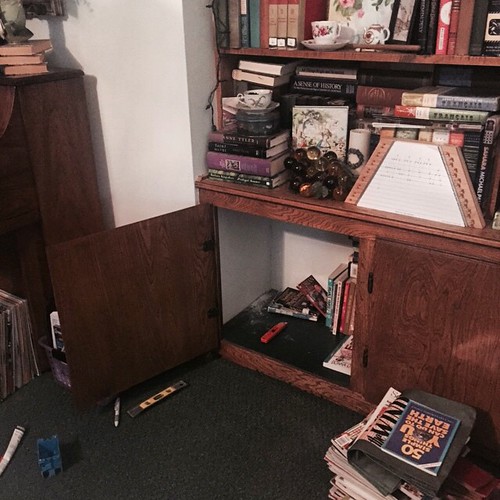 David had to run electricity and install an electrical outlet underneath so we can plug in the system without wires showing. He also built a shelving unit with a pull-out section for the turntable.
My part of this project involved the clearing out of those two sections which sounds easy enough until you think about it. Where the heck are all those books going? I’m not very good at getting rid of books but I did find some I could part with. I then had to re-shelve everything and reorganize the books in the cabinets below. I worked until almost midnight last night. I have been busy with other things today but I’ll finish it up tomorrow and show you more pictures.
So that’s the “Project of the Week” here at Chez Piercy. Stay tuned for the rest of the story.