Not only do people enjoy Happyland Music Fest (HMF) but the dogs have a great time, too. 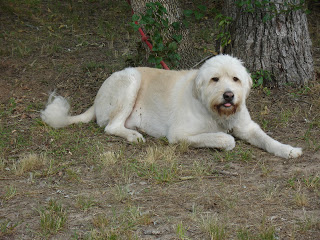 This is Herman and this was his second year at HMF.
(I wish I had taken one with a human next to him for size comparison. He is HUGE!) 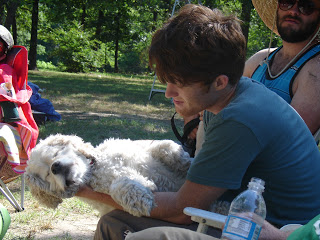 Calla is a veteran. She’s attended all five HMFs. 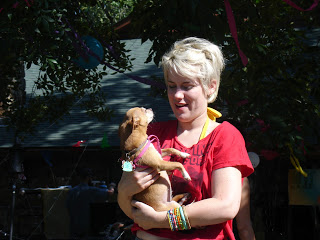 This was Panches’ second HMF.

Huck was a first-timer but after a bit he was runnin’ with the big dogs.
(I should have edited this to include a modesty patch. But I didn’t.) 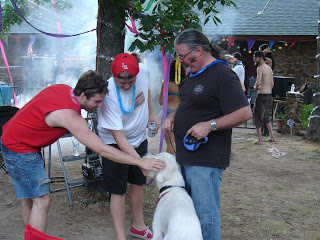 And Shiloh LOVED all the attention!

Herman’s owner also brought Lola (I think that is her name) for the first time but she was shy and overwhelmed by it all and he had to keep her away from all the commotion. Unfortunately I didn’t get a picture of her. I had been concerned about how our tiny kittens on the front porch would do but they were fine. The dogs left them alone and nearly every time I went in the front door someone (or often a circle of several) would be sitting there playing with them. Needless to say, by the end of the weekend we had some extremely well-socialized kittens. 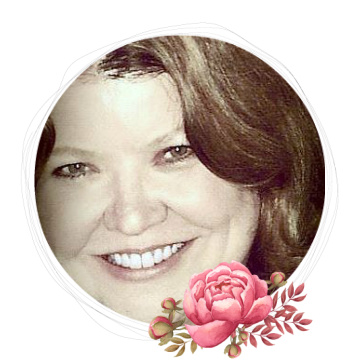 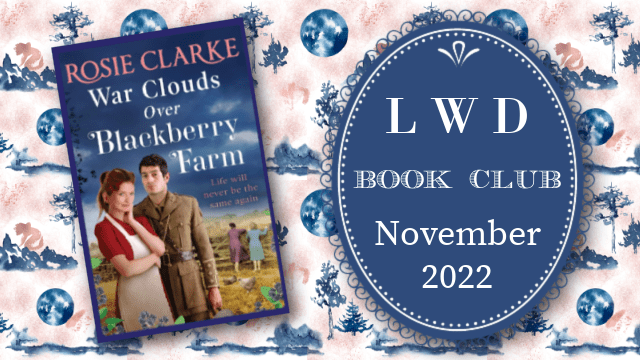 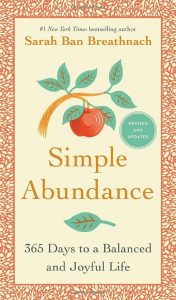