This morning I read a blog post that made me cry. Eleven year old Emily had been eagerly anticipating Mardi Gras and her favorite parade, the Krewe of Muses. She had made a special countdown calendar, decorated with glitter, on which she would cross off each day. To say that this was a big deal for Emily would be an understatement. You see, Emily is a high-functioning autistic child and every day of her life she lives with the awareness that she is “different”. But she told her mother last year when asked what she liked so much about Mardi Gras that she didn’t feel so different from everyone else because during Mardi Gras, “…everyone is a little weird like me.”

You can, and should, go read the blog post but in short, some rude college-age students showed up just before the parade and blocked Emily’s view from the place where they had been waiting for two hours. They spilled beer on her, cussed and almost caught her hair on fire with a cigarette. When Emily’s mom asked them to move over a bit so her daughter could see, one of the guys took note of the patch on Emily’s coat which would indicate she’s autistic to medical personnel and then rudely said while looking her in the face, “This retard is making watching the parade a challenge.”

Poor Emily was devastated and the tears welled up. She insisted that her mother take her home. She went home without seeing her beloved parade and without any of the parade throws she had been looking forward to catching. She went so far as to say that she didn’t think she wanted to do Mardi Gras ever again. Something that had been so special to this precious young girl had been stolen from her by a rude, thoughtless person with no concern for anyone but himself.

Fortunately the story didn’t end there. Emily’s mother had been encouraged to blog about the event and within hours, thousands of people had read the story and hundreds had commented. Now, ordinarily when I read comments on most things online I find myself believing that our society is doomed but these were different. I started crying again as read person after person making kind comments and offering everything from parade throws to a hand-painted Mardi Gras mural in her room. Several offered to share their private balconies on the parade route with Emily and her mother next year. A firefighter offered dinner with all the firefighters at the fire station. A NOPD officer offered one of their t-shirts. Countless people offered to send what they had caught at the parade. Person after person offered something to this child to help ease her disappointment.

And then something amazing happened. Word spread and members of the Krewe of Muses, three of whom I am privileged to know, offered to host a special private “parade” for Emily in their den (where their float resides). Within a few hours not only did Muses gather, but so did a number of other groups who march in parades. The 610 Stompers (who my friend, Roz and I had the pleasure of meeting last October), the Rolling Elvi, the Pussyfooters, the Big Easy Rollergirls and even a couple of our NOLA Wenches turned up on short notice and gave Emily an experience she’ll never forget:

At the end of that video, the woman who offered to let Emily be the Queen of the Pirates is our dear friend, Cher, the current Captain of our NOLA Wenches Krewe. She and another wench friend donned their wench costumes and along with others, put together a “starter wench kit” which they presented to Emily. If Emily is willing, she will get to lead our pirate procession down the levee during our annual pirate event, Shore Leave, this April.

The outpouring of love from the people of New Orleans for a little girl with a broken heart illustrates just why David and I love that city beyond what most non-NOLA folks think is reasonable. We often tell people that the thing we love most about New Orleans is the people. One of our friends who loves New Orleans like we do summed it up perfectly today:

“People ask me why I love New Orleans so much. 100% of the time I say, “It’s the people.” Don’t get me wrong – the food, architecture, history, music, a good stiff drink, the SAINTS, parades? All of those? Good things. But the people make NOLA go ’round and when one stupid drunkass breaks the heart of a precious child they come running to the rescue. Read the comments sent to the mother of this little girl – you’ll see what I mean. If you’ve never been there, you owe it to yourself to discover what I’m talking about.” ~Jana Jansen

I couldn’t have said it better myself, Jana. 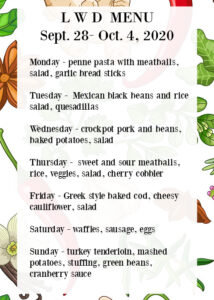