I am really excited about this month’s LWD Book Club because our theme for the month is travel. We are going to have both a Francophile Week and an Anglophile Week, plus some general travel-related posts. Even though I won’t be visiting France or England this month (unless I win the lottery in which case plane tickets will likely be my first purchase), I can still take a little vacation within the pages of a book. I hope you’ll join me. 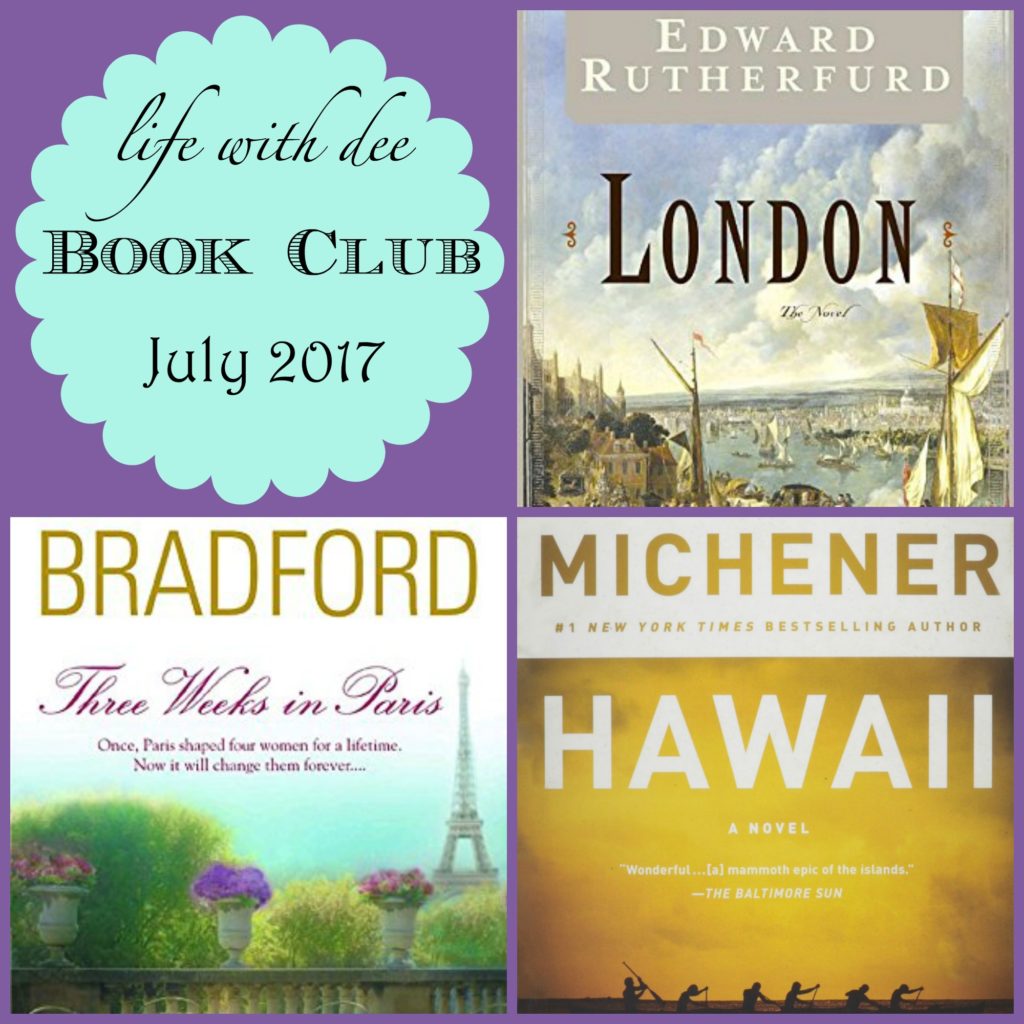 Disclosure: This post contains affiliate links. Thank you for supporting Life With Dee!

London: The Novel by Edward Rutherford

I’ve had this one on my bookshelf for several years now. I believe I bought it at a library book sale, or perhaps a used book store. At 800+ pages, this is one I’ve been putting off…simply because of the length. But summer is the perfect time to really dig into something lengthy.

Edward Rutherfurd’s classic novel of London – a glorious pageant spanning two thousand years. He brings this vibrant city’s long and noble history alive through the ever-shifting fortunes, fates, and intrigues of half-a-dozen families, from the age of Julius Caesar to the twentieth century. Generation after generation, these families embody the passion, struggle, wealth, and verve of the greatest city in the world.

I purchased this a few months ago at the library book sale. Summer is always a good time for some “light” reading. I think this will be a fun way to spend a few lazy afternoons. Besides, I’m a sucker for anything set in Paris. 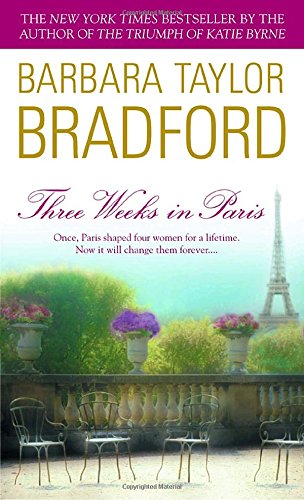 The most romantic city in the world sets the stage for Barbara Taylor Bradford’s dazzling new novel, a spellbinding story of four remarkable women–each at a turning point in her life, each about to be changed forever by.…

Hawaii by James A. Michener

My grandparents loved Hawaii and spent a lot of time there. They even owned a bit of property on one of the islands. My grandmother learned the hula and did quite a bit of dancing over there and I recall all her beautiful costumes hanging in their spare bedroom when I was a child. My grandfather was a Michener fan and for that reason I have picked up several of his books over the years. I’ve never read “Hawaii” but I’m looking forward to it.

If you are on Facebook check out the LWD July Book Club “event”. We’ll be reading and discussing these books together. Check it out:

Do you enjoy reading travel books or those set in other countries? I’d love to hear some of your favorites. Leave me a comment and tell me what you’re reading this summer. 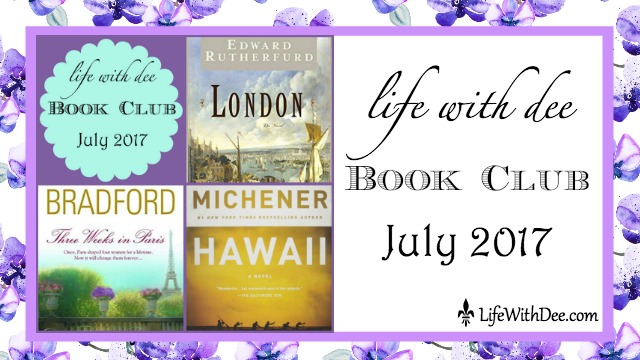