David and I took a short trip to California to visit relatives and just returned Tuesday evening. I’ll share our trip adventures and photos in a few posts…in no particular order. We were in the desert most of the time but had a nice little break in the middle at the beach. Let’s start there. Because this: 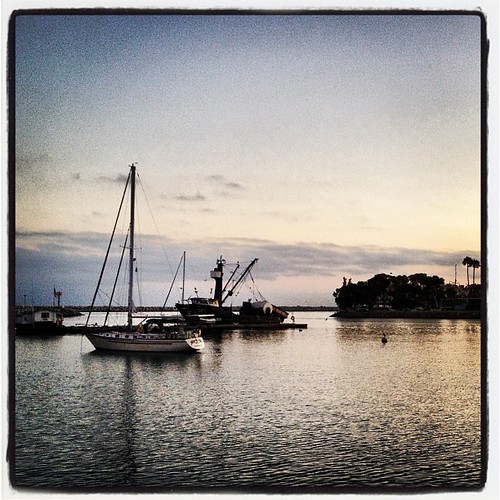 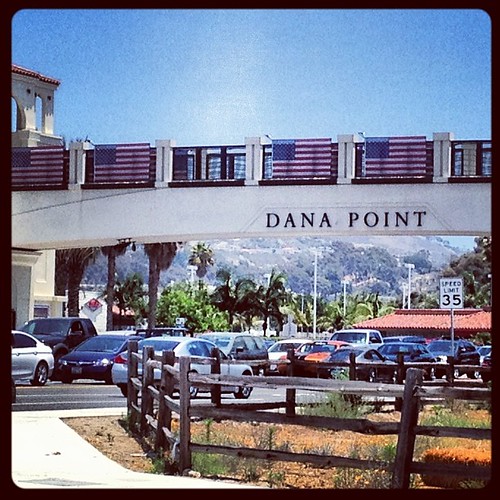 We headed down to the beach Saturday around noon, stopping for In-n-Out burgers on our way out. My Aunt Dee had graciously allowed us to stay at her gorgeous beach house in Dana Point. We had about an hour or so to visit with her there before she headed back to her house in Glendora.
We relaxed for awhile and then headed out to find some place for dinner. Our first choice was packed and there wasn’t even a place to park so we decided to just start driving until we found something. While driving around, David spotted a grocery store so we ran in there for a bottle of wine for later. I then noticed an Italian restaurant a couple of doors down. It was called Casanova’s and the sign said they have live music. That sounded promising so we gave it a shot. We truly lucked out. The atmosphere was charming, the service impeccable and the food excellent. I had lobster ravioli which was out of this world.
After dinner we went back to the beach house and shared part of a bottle of wine. We started out on the patio but it soon grew too chilly so we moved indoors. The day before was our 33rd anniversary which we spent with all of David’s family rather than the intimate dinner we had planned. So we made up for it at the beach instead. We cuddled on the sofa, sipping wine and listening to Van Morrison on my phone. Very nice…
The next morning we enjoyed our tea and coffee on the patio. We had picked up some pastries at the store the night before. And see the gardenia in the photo below? The bush in front of the beach house was absolutely loaded with the fragrant blooms. Every time I walked by I stopped to inhale the intoxicating fragrance. I put this one in our bedroom each night, too. 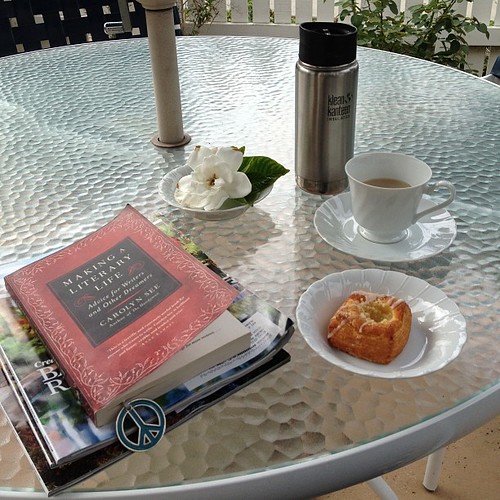 We decided to eat lunch on the beach. We picked up burritos from Del Taco then headed to Doheny Beach. This was our lunch view: 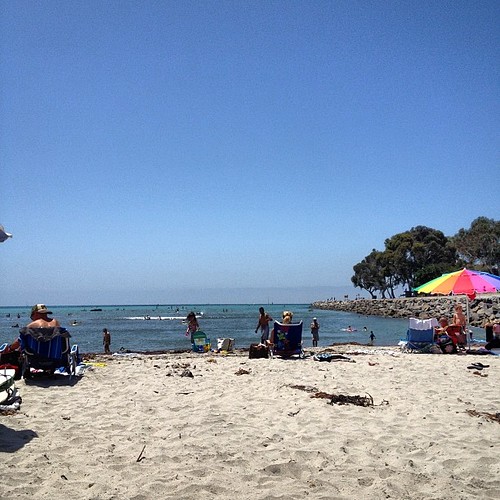 The view from the parking lot: 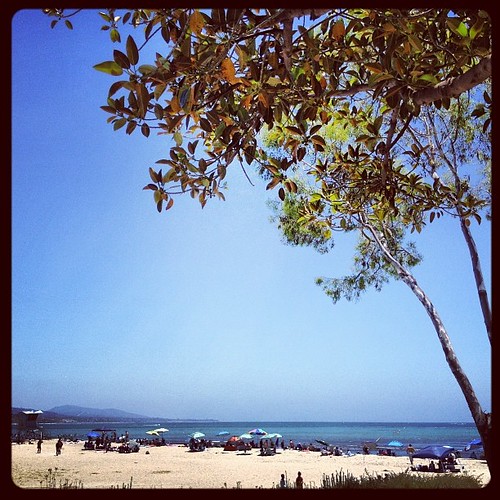 It was a gorgeous day and the beach wasn’t very crowded. We stayed about an hour and a half then headed back to the beach house to shower. My cousins had invited us to join them to watch the World Cup match (U.S. vs. Portugal). I totally forgot to get any photos with them but did snap this one of their back yard. Rather nice, don’t you think?: 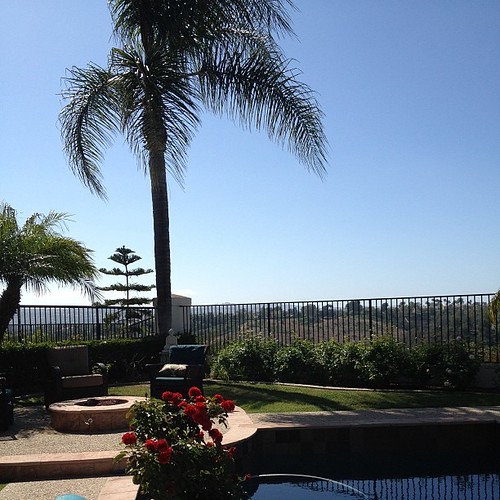 We had a lovely time chatting with them and their kids (home from college) before the game. And then the game…oh, my goodness! Was that ever exciting!
We visited about an hour afterwards and then went back to the house briefly. My plan was to eat dinner and then watch the sunset at the beach. We ate dinner at an Irish pub and then rushed to the beach. We missed the actual sunset by a few minutes but we still enjoyed the views.
This is the jetty between Doheny and Dana Point: 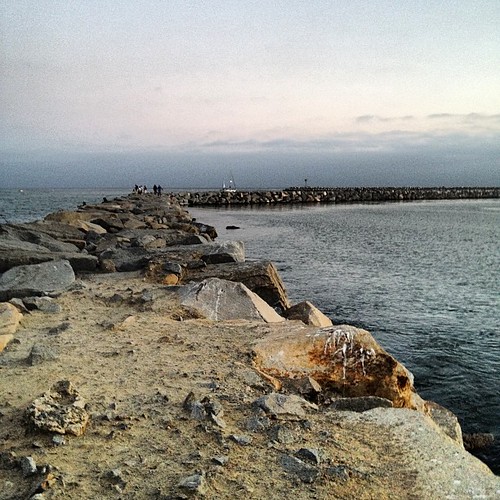 This guy was napping. I did make David go check to see that he was breathing. 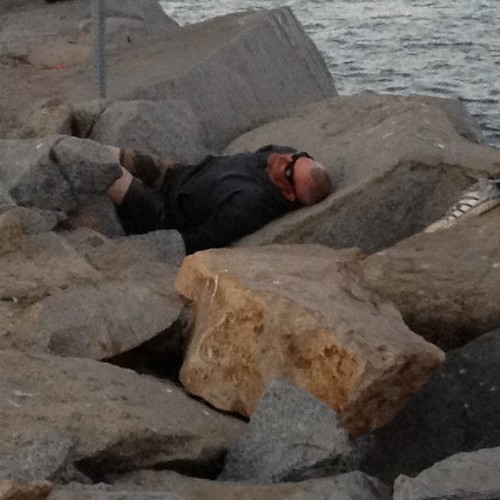 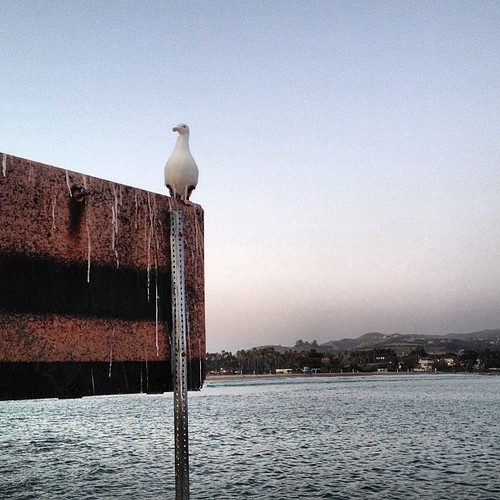 I thought this was a great picture of my sweetheart until I posted it on Facebook and one of his friends said it looked like he was peeing into the ocean. Men. 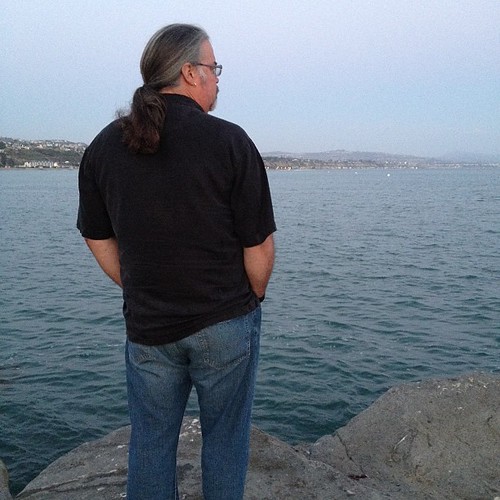 It was a beautiful evening and we stayed until almost dark. 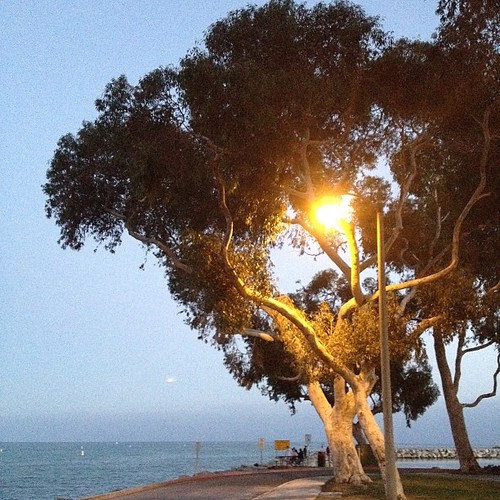 Back at the beach house we opted for hot tea and coffee rather than wine since we were a little chilled. We turned in shortly afterwards since we needed to head back to the desert the next morning.
One more breakfast on the patio (we each had an absolutely mouth-watering plum): 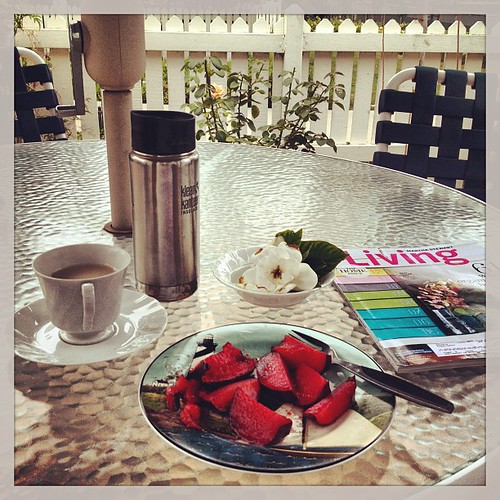 Sadly, it was time to leave but I was grateful for the respite. There is something about the ocean which restores my sanity and soul. A huge thank you to my dear Aunt Dee for so graciously sharing her lovely beach house with us. 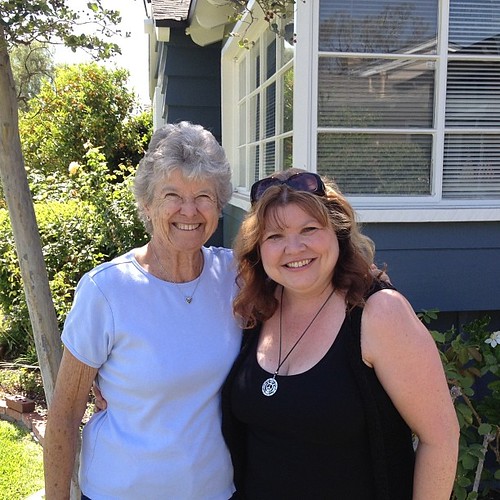 Aunt Dee and me in front of her house in Glendora
Here’s a short video I took of the ocean: