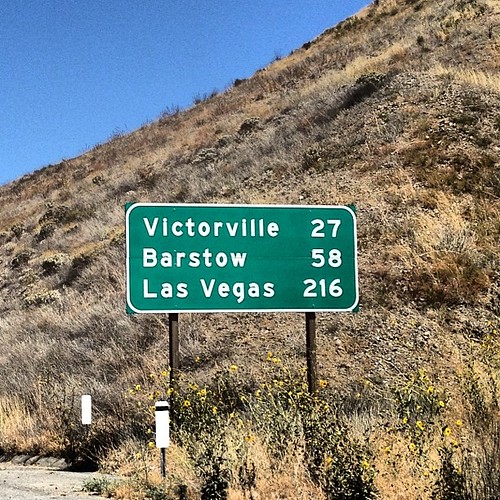 “We were somewhere around Barstow
on the edge of the desert
when the drugs began to take hold.”
(Fear and Loathing in Los Vegas by Hunter S. Thompson)
David and I both grew up in the Mojave Desert of Southern California. And we are both so happy we no longer live there. If you love the desert I hope you won’t take that personally. In many ways it wasn’t a bad place to grow up but I just cannot imagine living there anymore. Even as a young child I wasn’t happy about how brown it was. Our family would go “down below” (honestly, that’s how everyone in the desert referred to going to the L.A. area – which, now that I think about it…oh, never mind) to visit relatives or to the beach or to our cabin in Big Bear and I’d be so disappointed when we came home to all those shades of brown. After all these years of living in Southeastern Oklahoma which is lush and green a good portion of the year it’s all the more difficult to return.
But we didn’t go for the sightseeing. We went to see David’s mom. She lives in Idaho but when we found out she and David’s sister were planning a visit to the desert we decided this was the perfect opportunity for a visit. Both of David’s brothers live there, as well as two of our nieces, and it was good to see all of them.
Both of our families originally lived in Victorville before later moving to Apple Valley, a neighboring town. Route 66 runs through Victorville which is kind of cool. I took this picture from a moving car at night but this is a pretty great sign over 7th Street, the town’s main street and where David I used to cruise our Mustangs back in high school. 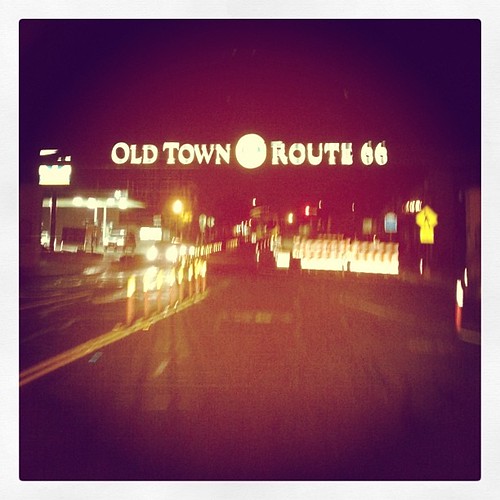 We picked up David’s mom and sister from the Ontario airport and took them to the desert. We did a bit of driving around through David’s old neighborhood before going to his brother, Chris’ house. Our sister-in-law, Roberta, had a nice dinner ready for us and then we all sat around their pool visiting for a couple of hours. Our niece, Mandy, and her two adorable little girls were there, too. We all enjoyed watching the kids swimming and playing in the pool. And then the three year old said, “Mommy, I’m sorry but I pooped in the pool.” Ha! That’s one of those situations when I am reminded that, however much I adored raising my kids, I’m kind of glad that phase is over.
Here is a picture of David’s mom laughing at something his brother, Rick was saying. I have no idea what, although it might have been when he was trying to convince her she had another son, Bobby. 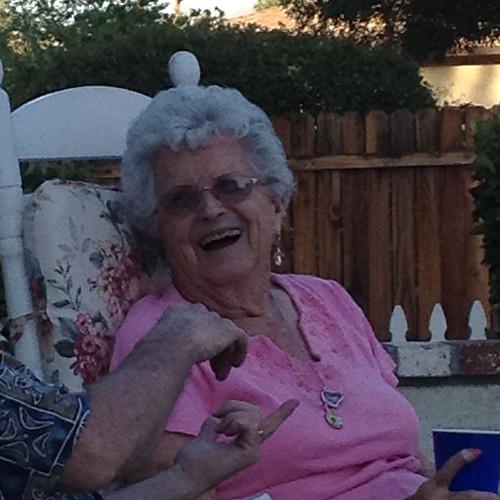 I don’t know when we will all be together again so family photos were taken. Mandy had her camera with a timer so we got some of the entire family but I haven’t seen those yet. I snapped a few with my phone, though. 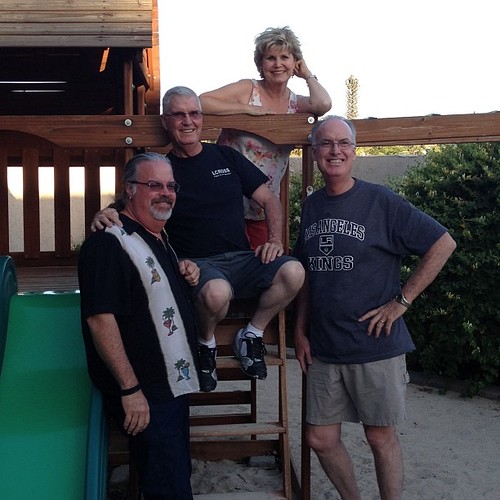 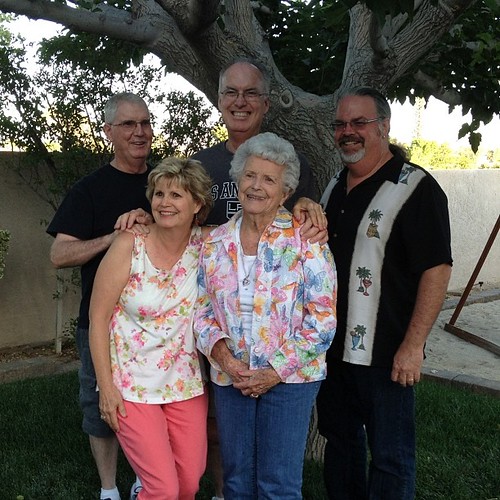 Our last night there, as we were heading back to our hotel, I noticed a car ahead of us driving a bit erratically. I made the comment that I hoped he wasn’t getting on the freeway with us. But of course, he did. He barely negotiated the onramp and then drove along the freeway at widely varying speeds and crossing over two lanes of traffic and back again. David had me call 911 to report it. They patched me through to the Highway Patrol dispatcher and I gave them running commentary on the car’s location and activity until they got an officer to pull him over.
They asked if we’d be willing to wait in case they needed a statement. Here’s David waiting in front of our rental car. 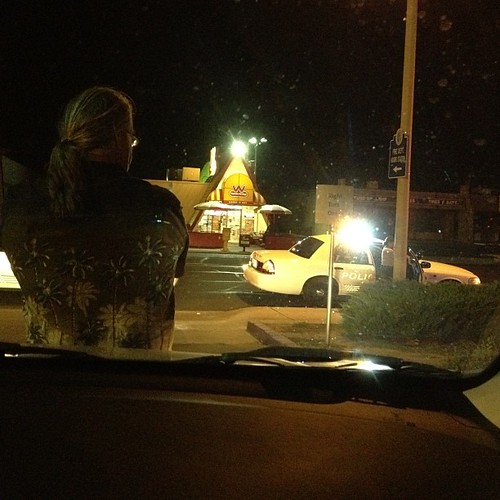 We had assumed it was a drunk driver but it turned out to be an elderly man who had either taken some medication or was having some sort of health problem. They called an ambulance and took him to the hospital. We had been a bit nervous about following him through Victorville late at night since David’s brothers had both said they NEVER go there after dark. At one point the driver had pulled over and got out of his car. At that point we had no idea who was in the car or if he’d noticed us following him or if he had a gun. We held back a safe distance just in case and after a couple of minutes he got back in his car and continued down 7th Street. Whew.

I’m sure some who live in the area would think we were crazy but I’m glad we were able to help get him off the road before he caused an accident. Besides, a good story is worth it, right? 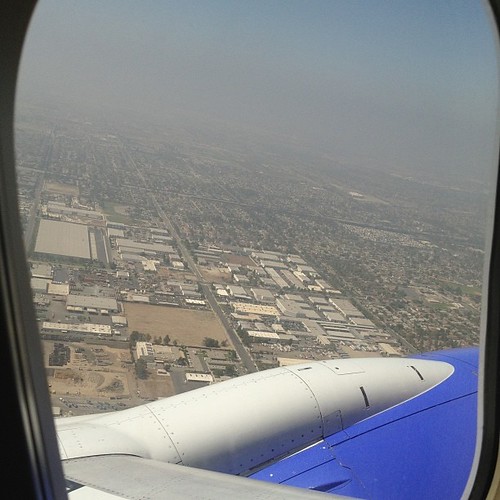 Taking off from Ontario, California 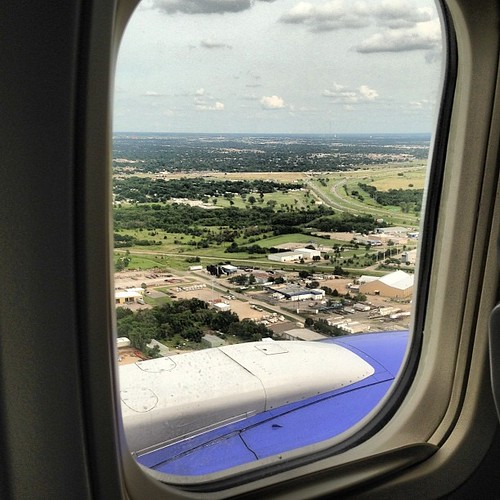 Back in the land of green grass, very little traffic and good iced tea…