I do believe yesterday was the most relaxed, peaceful Thanksgiving we’ve ever had.   In the past we have always gathered with my huge extended family to celebrate.  And it’s always great to see everyone.  However, the clan is so big that there are only a couple of cousins with homes big enough to host the group and this year neither were able to do so.  Plus, several families were out of town so for the first time ever the big event didn’t take place.  I’m going to suggest that next year we pick a weekend sometime between Thanksgiving and Christmas to have just one big celebration, leaving families free to celebrate the actual holidays in a less busy way.

My parents invited us to spend Thanksgiving at their house and it was just perfect.  Dinner wasn’t until 6 p.m. so David, Chris and I were able to spend the day just hanging out at home.  In one of those presto-change-o weather tricks Oklahoma likes to pull, we went from 77 degrees on Wednesday to this: 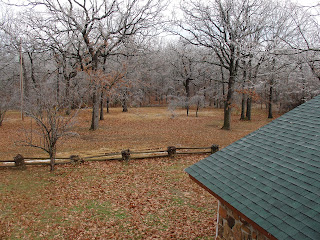 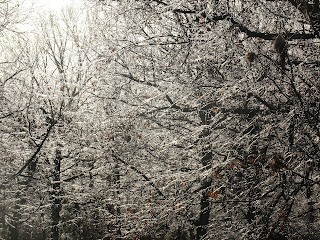 Pretty, but cold.  Fortunately the sun came out and the temperature rose enough to melt the ice from the trees and our Internet antenna later in the day.  I baked some orange rolls for breakfast. We watched the Macy’s Thanksgiving Day Parade and some football.  David played a video game and I took a short nap.  It was rather nice not having much of anything to do.

My contributions to the meal at my parents’ included a layered salad (I had cut up the veggies the night before), homemade mashed potatoes which David cooked, and corn.  Mom cooked the turkey, stuffing, rolls and desserts, as well as setting a pretty table: 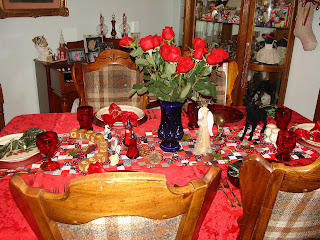 The guys caught a few last minute glimpses of the football game while mom finished up the gravy: 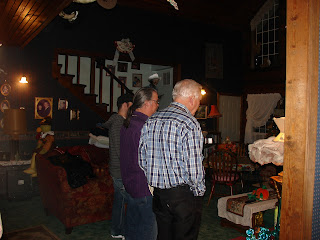 This time I made a point of getting pictures of my folks.  Roy Rogers just had to get in this shot: 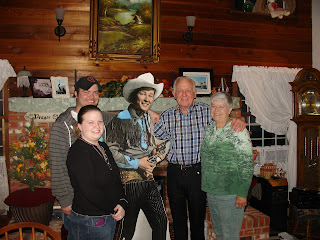 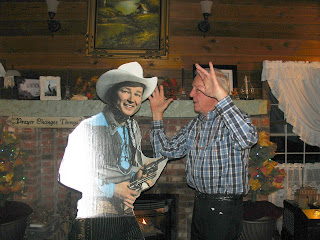 Lisa and Chris with my mom and dad: 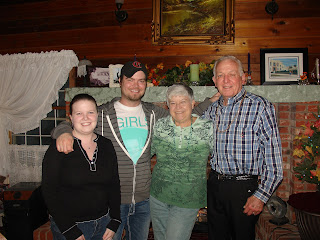 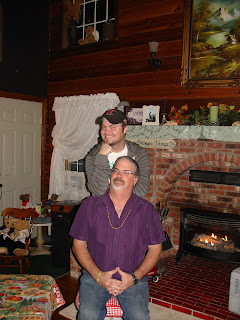 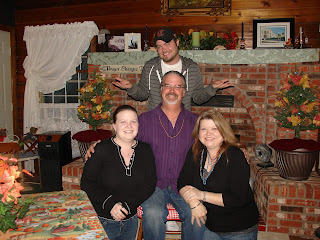 And this is about as serious as we get: 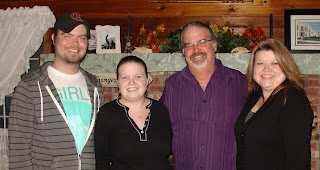 The kids had decided to go to Norman around 9 a.m. today (after the Black Friday shoppers had gone back to bed!) and Lisa was exhausted from having prepared an entire Thanksgiving feast from scratch for Justin and his parents so they left around 9:30 last night.  David and I stayed until after 11 enjoying a very nice, quiet visit with my parents.  It couldn’t have been a lovelier day.  I’m so very thankful for my family…even if they are a bit south of normal.