We had just been seated at the restaurant when David got a call from our friend, Debi asking where we were.  David told her and she said we needed to get ourselves down to Tropical Isle immediately.  A couple of the guys from Rain were in the bar!  Rain is the famous Beatles tribute band that has performed on Broadway and all around the country since the late 70s and they were in New Orleans.

Fortunately they hadn’t even brought our menus yet so we excused ourselves and raced down to the Tropical Isle where we were introduced to “John” and “George”.  What nice guys!   We got a chance to chat with them quite a bit.  There was a bit of confusion as they initially thought David was in the band with Bryan and Debi (it’s the hair).  This was Saturday night and they had one final show in NOLA on Sunday.  David checked on tickets via his iPhone but they were already sold out.  Darn.  What’s worse is that they had actually been in our town a few weeks earlier and we had missed out on that.  Oh, well.

Then Sunday night the guys came back to Tropical Isle.  They immediately walked over to us and hugged us.  They asked why we hadn’t been at their last show and David reminded them that he had checked the night before and it was sold out.  Turns out they had meant to give us free tickets along with the ones they gave to the band but forgot.  There might have been just a few too many Hand Grenades involved. 😉   “John” apologized profusely and took David’s business card.  I wouldn’t be surprised if we’ll end up with tickets one of these days whenever they are playing in our region again.

Sunday nights are usually a bit on the slow side which is part of why that’s our favorite night at Tropical Isle.  “John” and “George” both performed with the band several times, which was great fun.  Here are some pictures I took. 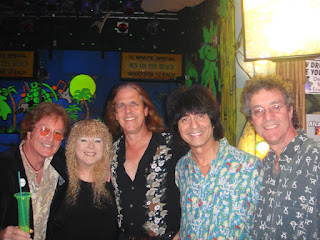 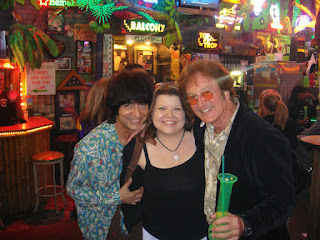 Me and the guys
(It’s a rough life but I’m hangin’ in there.) 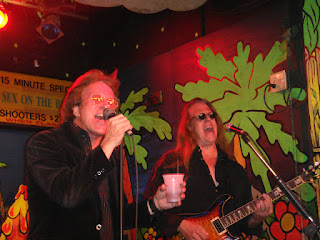 “John” and Bryan rockin’ it together 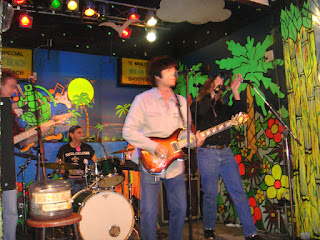 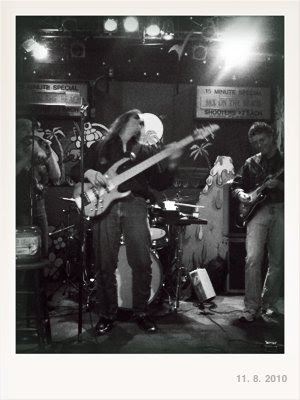 Bryan in a rare performance on the bass