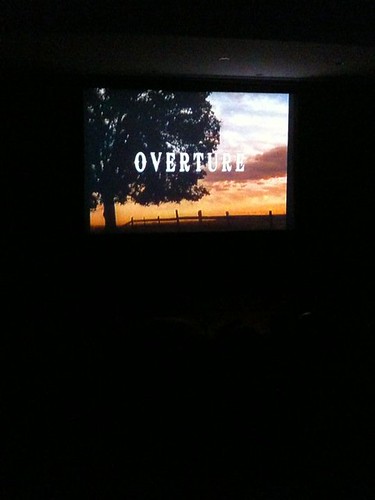 I read “Gone With the Wind” for the first time when I was in 7th grade.  I was immediately captivated by the story and the antebellum setting.  I may have been born and raised in California but I’m convinced I lived a previous life in the “old South”.  (Don’t take that comment seriously; I don’t really believe in reincarnation.)  I can totally imagine myself in one of those beautiful dresses with the hoop skirts, sitting on the veranda of our Southern plantation home sipping a mint julep.  Okay, so the dresses required corsets, people sat on the verandas because it was stiffling hot indoors without air conditioning, and I don’t like mint in my drinks.  Just disregard all that and work with me, people.  In my imagination I’m so slim that I don’t need a tightly laced corset, it’s 78 degrees with a nice, southerly breeze and mint doesn’t make bourbon taste like lawn clippings.

I can’t recall whether or not I’d read much Southern literature before “Gone With the Wind” but it made a huge impression on a romantic, young girl who didn’t feel as though she quite fit in this modern world.  Since then, I’ve read countless novels set in the South and while I’m well aware that many of these are not historically accurate, they have provided a sort of escape for me each time I read one.  And isn’t that one of the reasons we read fiction?  Daily life is often too…daily.  A brief reprieve in the form of an absorbing novel set in a different time and place lifts the spirits and allows one to experience something outside one’s usual world.

Ever since that first reading of “Gone With the Wind”, I’ve been in love with the story (and Rhett).  It was a few years later that I saw the movie for the first time and I loved it, too.  I made the kids watch it with me once under the guise of homeschooling and neither were all that impressed.  But that’s okay; I don’t need other people to validate my passions.  I figure if thousands and thousands of women can declare themselves “Team Jacob” or “Team Edward”, I can continue my little obsession with “Team Rhett”. 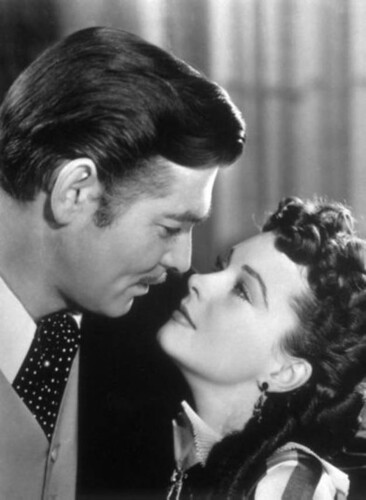 So, imagine my delight when I mentioned to David that the Oklahoma City Museum of Art would be showing “Gone With the Wind” and he told me to order the tickets.  We taught Sunday School this morning, greeted and handed out bulletins before the service and arranged for ushers to collect the offering and then left for Oklahoma City.  The movie started at 2 p.m. and was completely sold out so we wanted to get there early enough for decent seats.  We were about 45 minutes early and were able to get perfect seats.  I watched as the theater filled up mostly with women and a small number of very nice men indulging the women in their lives.  I was ridiculously excited.  As the lights went down and the music came up I was almost immediately caught up in Scarlett’s world.  There’s something special about seeing a movie like that on the big screen.  The clothes and the architecture were just fabulous.

Gone With the Wind is a long movie.  A VERY long movie.  It’s almost four hours long and there was only one 7-minute intermission (good thing I was quick because by the time it was my turn for the bathroom, there must have been 30 women in line behind me).  But really, the time passed quickly and I enjoyed it thoroughly.  One thing that surprised me was how many humorous lines it contained.  When a whole theater is chuckling you are more aware of the funny lines than when watching it alone on a television set.

After it was over, David and I stopped at “On the Border” in Norman on our way home and had Mexican food for dinner.  We got home after 9 p.m., took care of the animals and now I’m ready to crash.  I’m so happy that I have a considerate husband who knows what I like and told me to order those tickets.  I’m a lucky woman.  And while I’ve got plenty of stuff I should be doing tonight, I’ll think about that tomorrow. 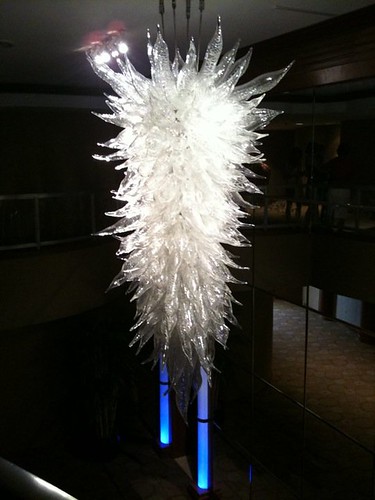 Article: “Who Gives a Damn About Scarlett O’Hara’s Dresses?”