Lisa and I are leaving in just a bit for our monthly shopping/hippie day in Norman so this will be brief. And mostly pictures.

Yesterday I delivered Meals On Wheels. I just love doing this and the people on my route this time are simply wonderful. One dear lady lives in a terrific old house. She had a little trouble getting out of her chair to come to the door and I asked if she’d like me to put her tray in the kitchen instead of her carrying it. Oh, was I ever glad I had the opportunity to see part of the house. It’s old and could use some sprucing up but it has 12 foot ceilings and that old charm that simply cannot be replicated in a new house.

I snapped a picture of the food trays in the back of my car mid-way through my route: 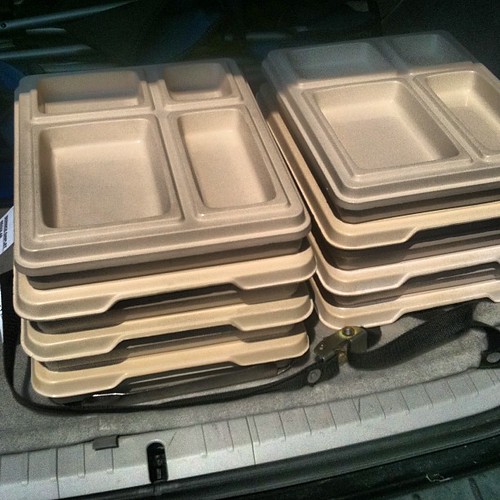 I then ran a couple of errands, got my hair done, dropped off a book at the library and signed up for a gym membership (more about that later). The sky looked ominous so I rushed home to walk Shiloh before it rained.

Here is a picture of one of our pear trees. I do hope this will be a good year for them and we’ll get some nice, ripe pears: 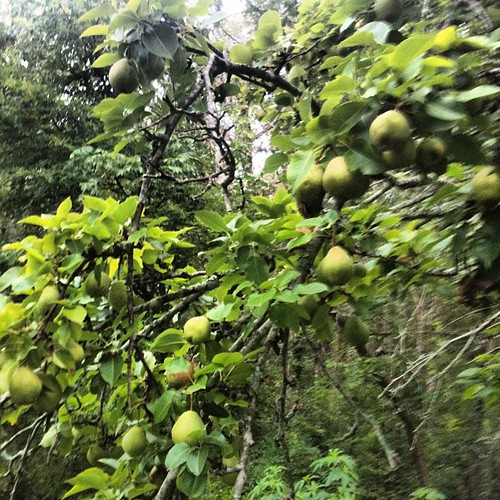 Shiloh was watching the fish jumping in the pond as it just started to rain: 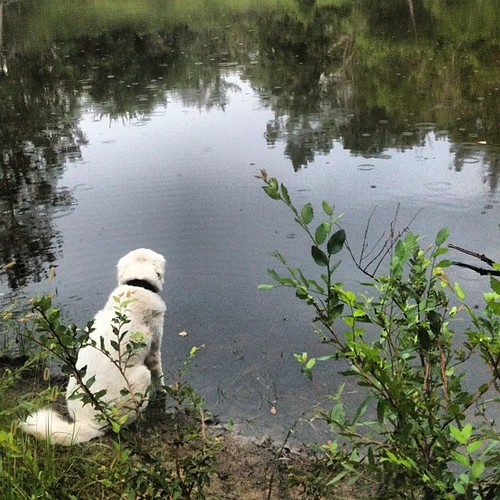 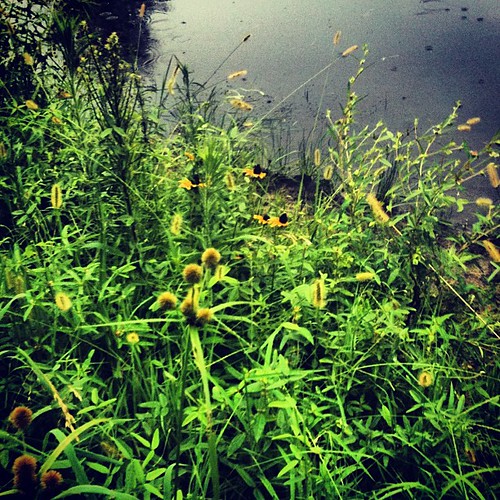 I then went back to town for a meeting of the city’s Multicultural Committee on which I serve. The plan was for David to call in a pizza and I’d pick it up on my way home but when I got out of my meeting I had a text from him. He had worked late and was at the restaurant. Instead of a pizza at home we ate there, which was nice. We chatted with the new bartender and a couple of other people who were there in the bar.

Back at home I heard thunder and an approaching storm. I hurried to get the clean sheets back on the bed, including ironed pillowcases of course, and then made myself a cup of Earl Grey to enjoy on the porch. The thunder was pretty intense and Shiloh was a bit nervous. David was watching tv so I brought Shiloh in to hang out with him while the cats and I enjoyed the summer thunderstorm on the porch. I snapped the picture below first: 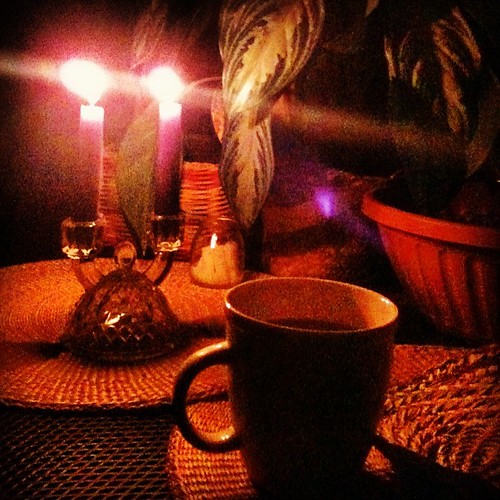 And then I decided I wanted more light so I could look at a magazine without resorting to the porch lights. I have two hurricane lamps. One is an antique given to me by my great aunt many years ago and I knew better than to take it outdoors. But the other one is an inexpensive lamp purchased a number of years ago at a local farm and ranch store. The additional light was great and I was thinking about how pleasant and relaxing the soft light was. However, I had trouble getting the globe back on properly after lighting it and it was not seated inside all three brackets. I then made the mistake of moving it a little closer to me. CRASH! The globe fell off and shattered on the porch. Ah, well…at least it wasn’t the good lamp and it can be easily replaced.

It was nice while it lasted: 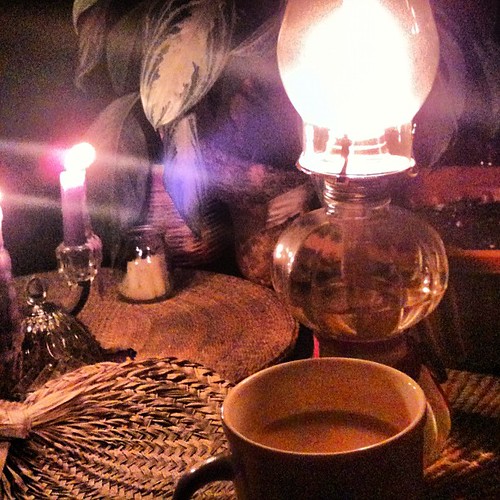 Despite the mishap I still enjoyed my evening on the porch. I sipped two cups of tea while listening to Van Morrision and the rain, with a cat purring in my lap. Ah, sweet peace…