There are pros and cons to small-town living. One of the things I often hear people complain about in small towns like ours is the lack of good shopping. And I must admit there are definitely some stores I wish we had. Like Whole Foods, Trader Joe’s, a really good deli (is there such a thing in Oklahoma?). And if I had a nickel for every person who has told me that they hate shopping at Walmart but they have no other option here, I could buy myself several massages. That might have seemed a random choice but my neck and back have been killing me lately so I have massages on the brain. Anyway, last week I had some local shopping to do and as I was finishing up it occurred to me that there really are some perks to small-town, locally-owned shops. Allow me to take you on a little tour.

I took these pictures a few days after my day of shopping, all of them from my car and some as I was driving by. Which is what I’m going to blame the poor framing on. And I also failed to get a shot of my first stop which was the Homer gas station/convenience store. I ran inside to get myself a diet vanilla Coke from the fountain. Yes, it’s my guilty pleasure which I indulge in perhaps once a week, particularly if I have several errands to run. So, I parked at the side of the building and, leaving my purse in the car and the car unlocked, went inside to get my drink. The folks who work there are always friendly.

So, now that I had my drink I went to buy some cigars for David’s birthday. He’s never been a smoker (well, not since his early teens and that wasn’t cigarettes <wink>) but a few years ago he began smoking the occasional cigar – perhaps one a month. There’s a nice little cigar shop near us so I picked out a few for him, including one that is cherry rum flavored. 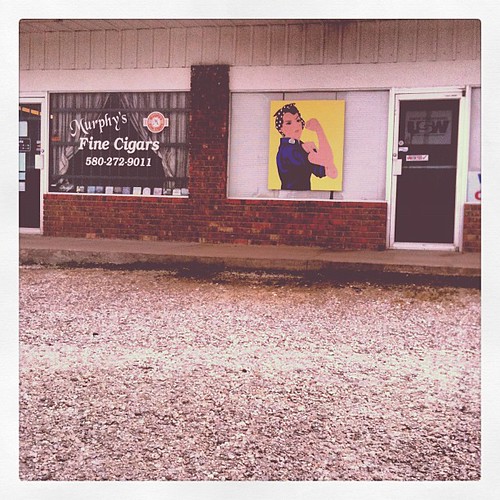 The cigar shop is operated by Toppers and oftentimes there will just be one person working both shops. There is a sign on the cigar shop instructing you to go to Toppers if the door is locked. It was and I did. The girl working there opened up the cigar shop and helped me find what I needed. She also said she liked my purse with the fringe on it. I thought I had noticed some incense in Toppers and I asked her about that. Yes, they carry a HUGE stock of every kind of incense imaginable. I went back to Toppers and picked out some to try. I’ve been burning incense on the front porch when I sit out there because it helps deter mosquitos. 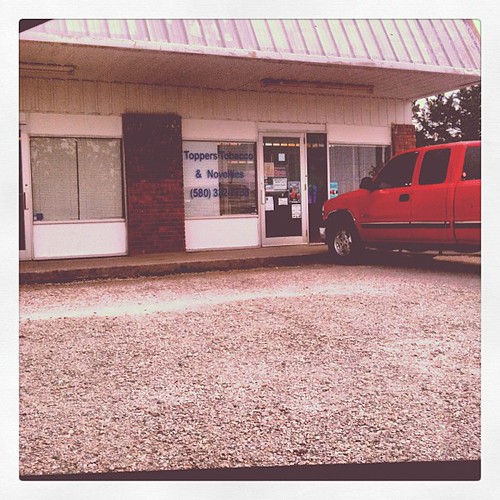 Next up, a shirt for David. A couple of days prior I had messaged a friend on Facebook who happens to work part-time at Blacks, a really nice men’s clothing store on Main Street. I wanted to get David a Tony Bahama shirt so I asked if they carried that brand. Yes, they did. I knew what I was looking for and found it immediately. I was not entirely certain about size but the gentleman working there was able to tell me that yes, they do run a little large, and of course I could return it if it didn’t fit. He then offered to gift wrap it and proceeded to do a beautiful job of it. Well, that was easy. 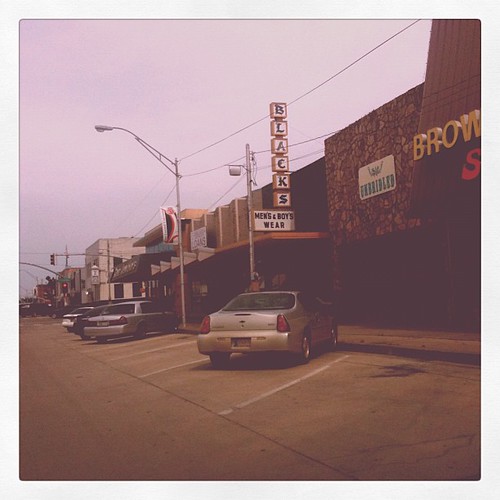 I then went to a locally-owned grocery store to pick up a few items for David’s birthday dinner. This is where I buy groceries in town rather than Walmart. It’s a reasonably sized store and I can always park right in front instead of half a block away like I would generally have to at Walmart. They NEVER move stuff around so I can write out my list in order to coincide with the layout of the store. Many of the same people have worked there for ages so it feels homey. Plus they carry my groceries out to my car. 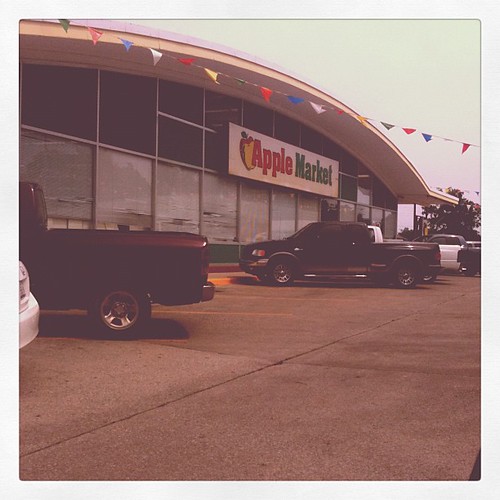 Next on my list was a local meat market. Now, my preference is organic, grass-fed beef but it isn’t available here in town (although I’m working on a future source). However, we eat very little beef so I figure my next best option is a meat market where I can be assured that the meat is high quality and does not contain that nasty pink slime. I like the fact that I can point to what I want in the meat case and they weigh it and wrap it in white butcher paper right in front of me. While I was there this time I happened to notice a sign that indicated they also had “specialty meats” and one on the list was shrimp. I’ve been trying to find Gulf shrimp here in town so I asked where it was from. The young man waiting on me wasn’t sure but he offered to go find out for me. Turns out it wasn’t from the Gulf but he said he would mention it to the butcher and see if they could get it for me. I didn’t even have to ask; he offered. 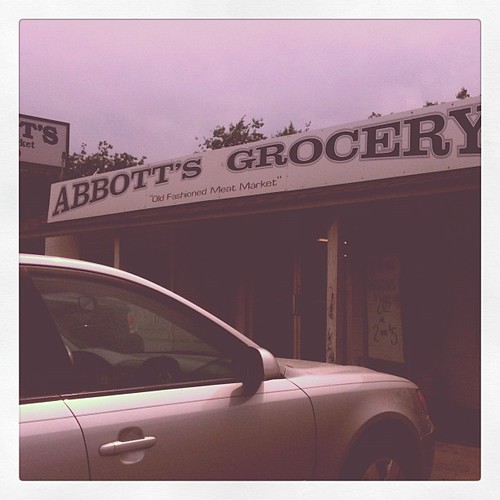 No birthday is complete without chocolate and we are fortunate to have a wonderful chocolate company here. They moved the actual factory to another town not far away but they still have a store here. It is owned by the Chickasaws and their hours are a little flaky at times (Native Americans tend to not be real sticklers for time) but the chocolate is delicious. I picked out what I wanted for David and the woman waiting on me gave me a sample. I also bought myself a few pieces of my favorite and she then gave me two more samples of that one. Score! 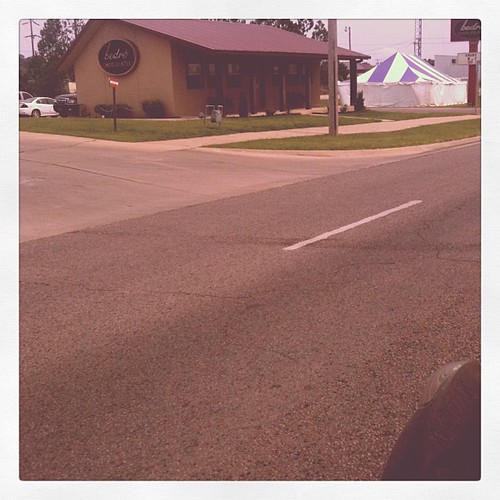 My final stop was the liquor store to buy my pirate some rum. This is a relatively new shop and we know a couple of the people who work there. Everyone is always really nice and very helpful. I asked if they could wrap the bottle of rum and they were happy to do so. This time I only bought the one item but in the past, if I’ve bought several things they carry my purchase out for me. 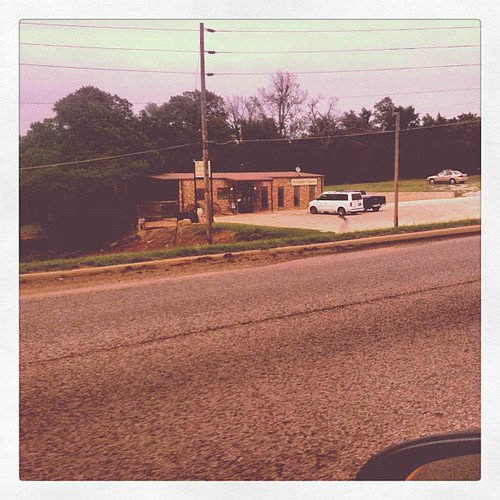 So that was my afternoon of shopping in a small town. Each and every place I went I encountered pleasant, helpful people. I was able to get everything on my list and didn’t have to wait in line anywhere. We may not have a mall or a Starbucks but our sweet little town does have the necessities. And if you stay out of Walmart you’ll probably find that your shopping experience is actually pleasant.