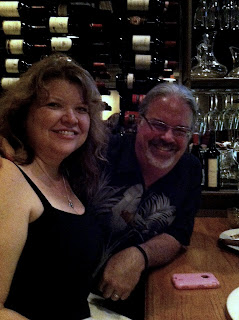 Yesterday was my birthday and David took me to Oklahoma City for the weekend to celebrate. We stayed at our city home-away-from-home, the Skirvin. We had hoped to leave around 1 p.m. Friday but that didn’t happen. It was around 5 when we left the house and then we had to wash the car, go to the bank and grab a bite to eat since neither of us had eaten lunch. After checking in and getting settled we headed to the Red Piano Lounge where we just chilled out for a few hours. Our bartender had recently been to New Orleans and she told us all about her trip. Apparently she and her husband found my NOLA info file I had sent her to be helpful. It’s always fun to hear about someone’s first trip to our favorite place.

After awhile we decided we needed a little something to eat so we ordered the Angus sliders at the bar: 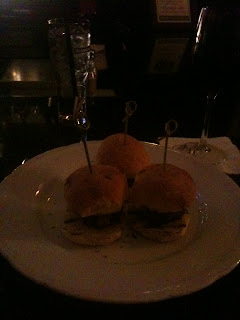 And Amy, our bartender, remembered that David and I both really like maraschino cherries so she did this: 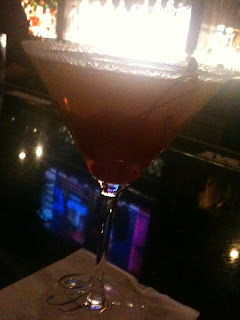 On Saturday we decided to check out a new place called The Paramount. It’s a really cool venue which combines a coffee shop, screening room and a community for film buffs. You can read all about it here.  We ate a late lunch there, went back to the hotel for a drink and to recharge our phones (must be able to take pictures!), then called for the limo: 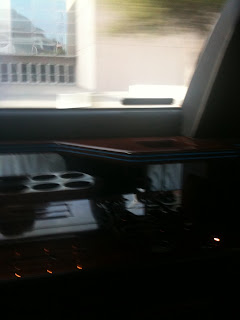 Mike, the limo driver, took us back to The Paramount where we saw The Artist. I’d really been wanting to see it but figured I’d have to resort to watching in on DVD rather than the big screen. 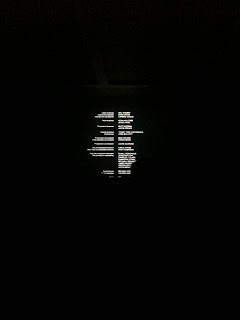 That’s just a shot of the credits after the film because I failed to get a shot of the screening room. If we had arrived earlier we could have gotten a seat on one of the cushy leather sofas up front instead of the vintage theater seats. We could have also had time to get a glass of wine to take in with us. Next time!
After the show there was live music in the coffee shop but we hadn’t eaten dinner so we didn’t stick around for that. Here are a couple of pictures I got in the lobby area: 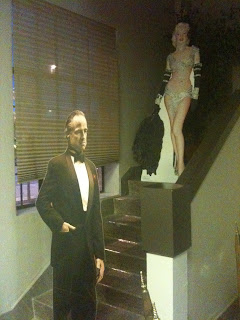 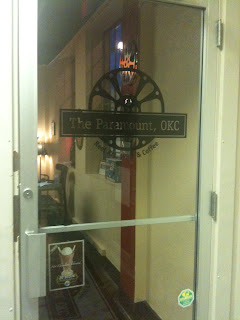 And a shot of the new Devon Energy Tower: 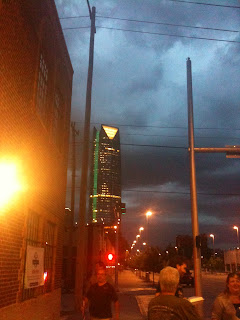 We then took the limo to The Mantel for dinner. The place was packed but they had a couple of seats at the bar so we took those. We both ordered the filet in a red wine reduction with garlic mashed potatoes and asparagus. YUM! 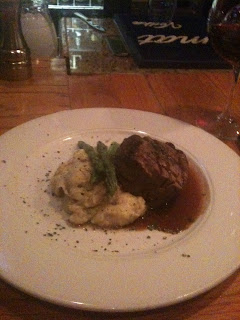 The fun part about sitting at the bar is chatting with the others seated there. There was a very nice young couple next to us and by the end of the evening David and the other guy were Facebook friends and we invited them to ride in the limo with us (our driver was kind enough to drop them off at their hotel). But before all that we “bonded” over Russian Absinthe shots. 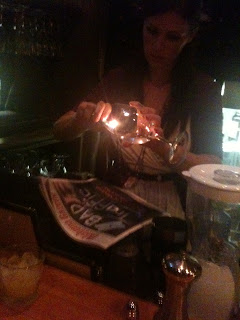 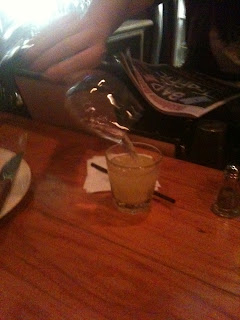 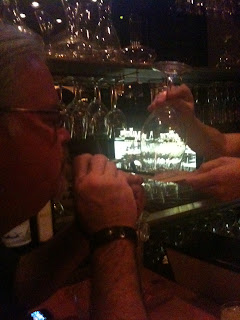 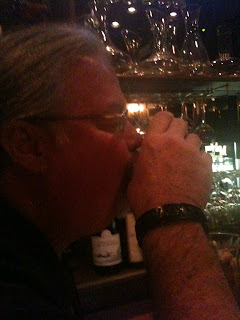 If you’ve never witnessed this, it really is quite a production. Here’s a video demonstrating it:

Cool, huh? David says it tastes just like a Good and Plenty, that disgusting licorice candy. And if you are curious about the effects of drinking three of these, plus a couple of rum and cokes and a couple of chocolate martinis, ask David. He can tell you all about it. I’m pretty sure he won’t recommend it, however.

We got a late check-out and left the hotel at 1 on Sunday, ate a late brunch at the Classen Grill, made a quick stop at Whole Foods and then headed home. It was a great way to spend the last weekend of my 40s.

Yesterday was a truly pleasant, laid-back sort of day. I only did the barest of necessities around the house and pretty much did as I pleased all day. I read on the porch; I took a nap; I drank hot tea. And then David took me and all the kids out for a nice dinner. We were there about two hours, eating and laughing together. Lisa and Justin gave me some of my favorite candies and said there is something else coming that hadn’t arrived yet (ooh! surprises!). Chris and Kadi gave me a Grateful Dead CD and a 4-CD set of folk rock including Bob Dylan, The Band, Crosby, Stills & Nash, and others. David bought me the iPhone 4S (yay! better camera capabilities!). I also had a few phone calls wishing me a happy birthday and somewhere around 200 wishes via Facebook.

All in all, it was a great way to turn 50. Speaking of turning 50, I have some thoughts to share about that but I’ll save those for another day.