Snow started falling a little before 8 this morning and kept it up for several hours. Church was cancelled and reports are that the roads are pretty awful. It’s been a nice, relaxing day at home but just a few minutes ago David got called out on a structure fire. I always worry about him when he’s fighting a fire but even more so in these wintery conditions.

As I was typing this, word came via the scanner that the fire has been knocked down. David is on scene but should be released soon. Hopefully the most exciting thing going on the rest of the evening will be the Super Bowl. Are you watching? If so, who are you rooting for? The only pro football team I care about is the Saints so I don’t have any strong preference. David leans toward Seattle; Chris is ambivalent but would like to see Peyton Manning win a Super Bowl. I just want to see some cute commercials and have a good excuse to bake some brownies to snack on. 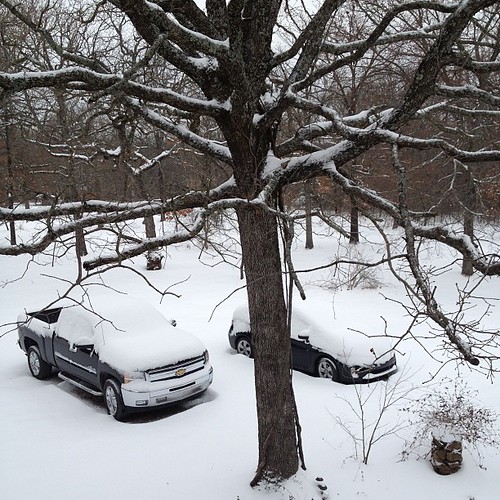