There’s nothing quite like having around 35 friends come out for a birthday celebration to make a girl feel special.  Friday night, David (with the help of a couple of good friends) threw a party for me and our friend, Heather.  Her birthday was the 16th and mine is the 27th so we decided to celebrate together in between.  The party was scheduled for 9 p.m. but David took me out earlier for dinner.  When we arrived at Papa Gjorgjo’s North, a couple of dear friends were already there, finishing up their dinner.  They weren’t able to stay for the party but they had brought me a card and a very sweet little gift.

We started with cream of artichoke soup which our friend, Karah, had specially requested of the management, knowing I would like it.  Wow.  It was fabulous!  I then ordered blackened Mahi Mahi with dill sauce, which isn’t on the menu but they will prepare if asked.  Don’t you just love a place like that?  And doesn’t this look delicious?: 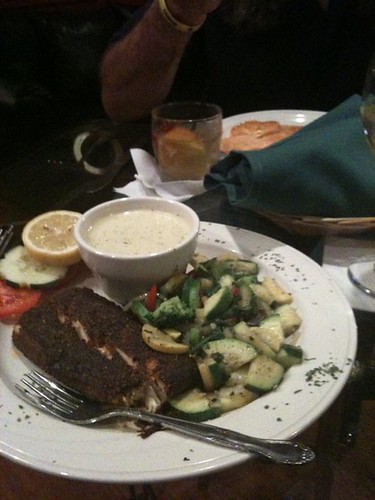 A few friends began arriving as we ate our dinner and at 9 p.m. we all went out to the patio for the party.  David had hired Aaron Oliver, formerly of “Frail”, to perform.  However, when the restaurant owners, George and Gay, saw how many people showed up, they decided to pay for the music.  They also gave Heather and me each the most adorable gifts.  Scroll down to the last picture.  See that pink, cylindrical object with my tiara on top?  It’s got a corkscrew inside and holds a bottle of wine.  Isn’t that just the most clever thing?  I am envisioning a picnic with wine, cheese and bread.  But only after it cools down a little.  And as if that weren’t enough, George, knowing how much David and I adore the créme brûlée he makes, made a HUGE platter of a similar dessert — créme caramela — or something like that.  The picture doesn’t do it justice but the platter was probably 18 inches long and oh, was it good! 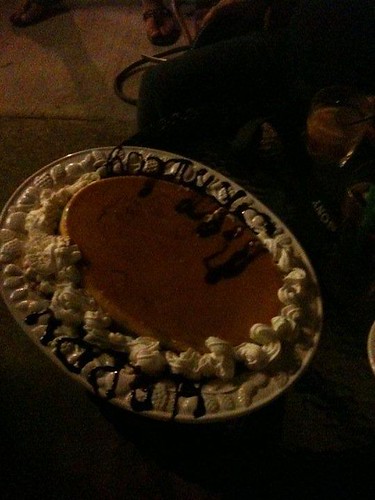 And then our dear friend, Karah, made her mother’s famous almond-flavored cake and decorated it beautifully.  This recipe is a carefully guarded secret and those of us who have been privileged enough to have enjoyed it the many times she has made it for church potlucks affectionately call it a “Greta Cake”.  Karah made a triple recipe and then decorated it with fresh flowers in our favorite colors — red for Heather, purple for me, and orange for another friend from Oklahoma City who joined us for the party and has a birthday on the 31st. 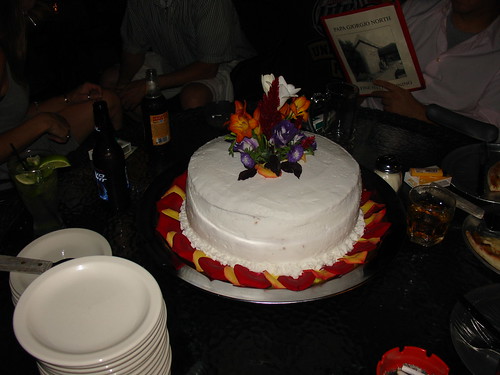 Our bartender, Dave, shares my birthday but he had to work that night.  Still, we didn’t want him to feel left out so Heather brought her extra tiara for him to wear.
Me, Dave, and Heather 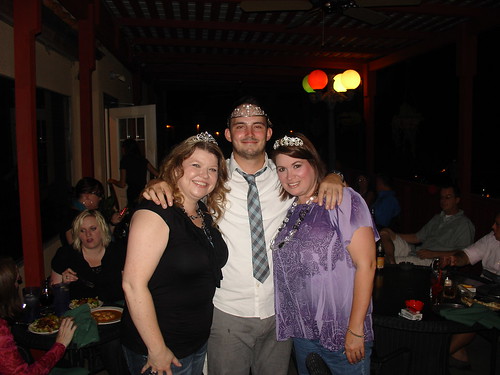 Aaron entertained us all with his unique blend of original music and favorite cover songs, including “Imagine” and “Hallelujah”.  He’s getting quite a following here in town and we always enjoy an opportunity to hear him perform.
Aaron Oliver 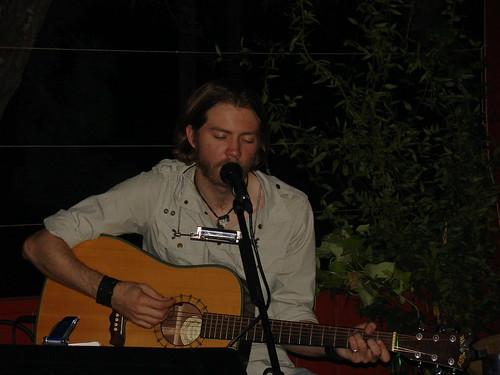 Heather and I believe that every woman needs a tiara.  Not only are they perfect for birthdays and Tuesdays, they make mundane chores like vacuuming more tolerable.  Yes, we both have been known to vacuum in our tiaras.
The birthday princesses 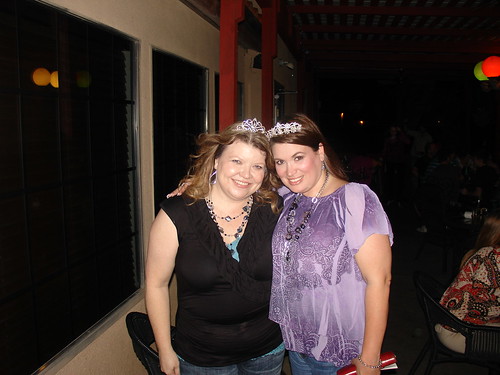 After a wonderful evening on the patio, many of us decided to move the party to Mazin’s Hookah Bar for some karaoke.  What fun!  Ally dedicated her performance of “Imagine” to me, saying that she thought it was a good hippie song.  Caleb did a stirring rendition of Queen’s “Fat Bottomed Girls”, saying that he would dedicate it to Heather and me but he figured we’d kick his, um, *bottom* if he did.  There were other very entertaining performances, including James’ “Purple Rain”, but I think the highlight was when they all got up there and sang the Beatles birthday song to us.  Craig, the guy who runs the karaoke, said it was the first time he’d had more people up there singing than out in the audience:
“They say it’s your birthday!  Happy birthday to you!” 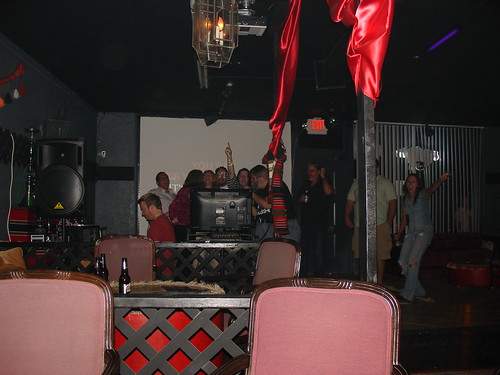 Here’s a picture of yours truly and her pirate/princess.  He borrowed one of Heather’s tiaras for this photo.
Me and my guy 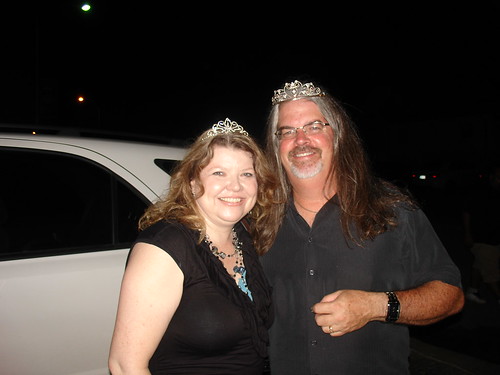 Here’s a picture of the cards and gifts I received.  I was simply blown away by everyone’s thoughtfulness.  What a fabulous night!  I am a lucky princess.
Gifts and cards 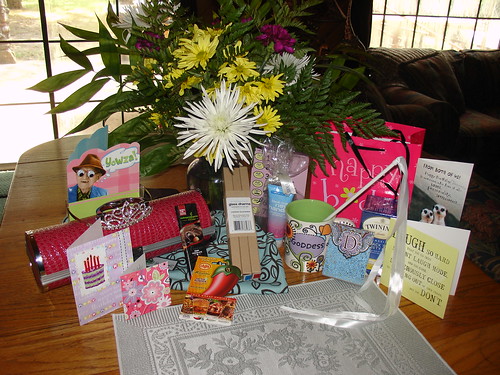 Thank you to everyone who made this such a special night for Heather and myself.  We love you all!