We celebrated the 4th of July with friends last night. These lucky folks own a house near the park with a perfect view of the fireworks display. People began showing up around 7 for grilled hamburgers and all sorts of delicious side dishes. It was an unusually nice evening for July. The humidity was relatively low and it wasn’t very hot.
After a couple of hours of eating and socializing we started making our way to the viewing area: 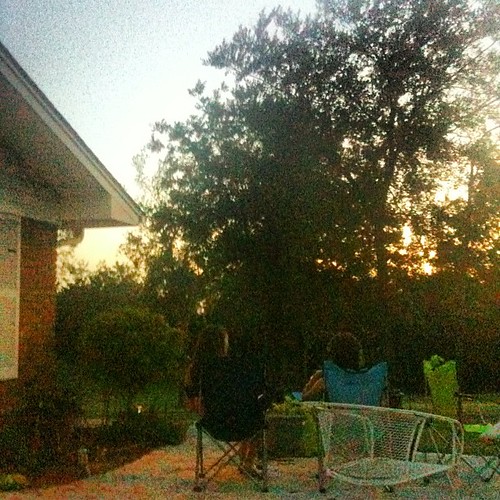 I would guess there were about 30 of us all together. And this is what we watched for the next 15-20 minutes: 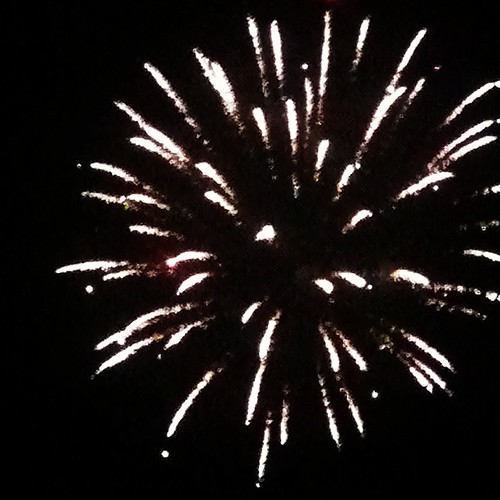 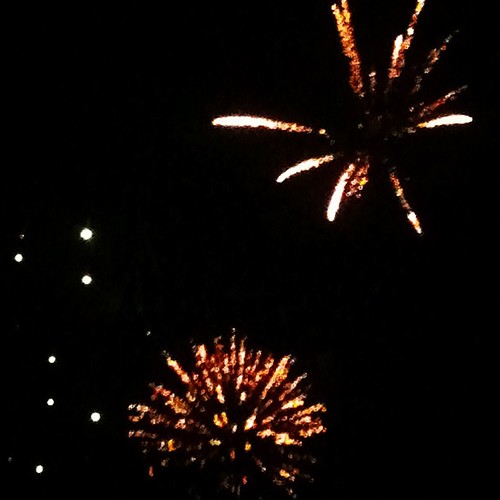 Toward the end, there were a couple of pages for fires in the area. David had brought his gear just in case and when someone called in a structure fire he decided he’d better respond. Our hosts are also both on the same department but obviously with a house full of people they couldn’t go. David and I loaded up our chairs and left only to realize that everyone who had packed the park to watch the display was trying to leave at the same time. However, by the time we actually were able to exit the park it had already been determined that the “structure fire” was really just a bon fire in someone’s back yard. It was rather amusing to listen to the firefighters as they determined this and some good-natured ribbing took place. David decided to stop by the station on our way home just to laugh at them as they brought the truck back. We joked around with the four firefighters there for a little while before calling it a night and going home. There were lots of fireworks being set off by individuals on our way home, including our neighbors. It’s been really dry here so I was concerned but luckily there were no more fires last night. All in all I’d have to say it was a pretty darn good 4th of July around here.
Thanks Nic and Sarah…it was great!