There were lots of good bands at Voodoo Fest but I must admit I was most excited about seeing this guy: 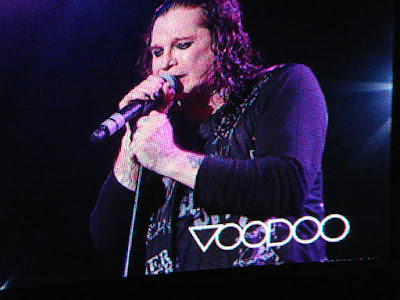 He may be getting up in years and no one could accuse him of being overly conscientious about his health during his long career.  His memoir, I Am Ozzy, reads like a textbook case of self-abuse.  Still, he has a certain charm and his music rocks my socks off.

We were fairly close to the stage in a tightly packed throng of obsessed fans who were singing, dancing and soaking up the experience that is Ozzy.  When he first came on stage, everyone went completely and totally nuts.

There were even two kids about 9 or 10 years old standing nearby with their mom.  I’m not sure how much they could see in that crowd of people so much taller than them.  And I do hope they were upwind of certain substances being smoked all around us.  They seemed to be having a good time, like everyone else. 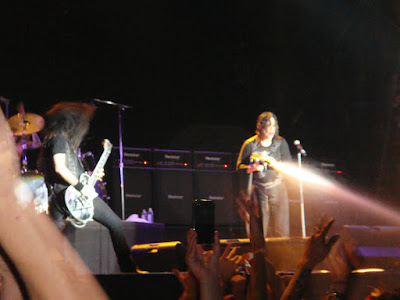 Fortunately we were just barely beyond the reach of the foam Ozzy would periodically spray into the crowd. 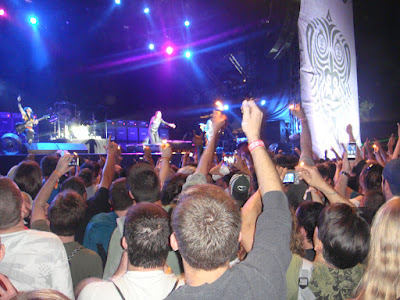 And here’s a picture of us with the couple we befriended on the shuttle bus on the way to the festival and then hung out with the rest of the night.  They were great fun and are now friends on Facebook so we can keep in touch. 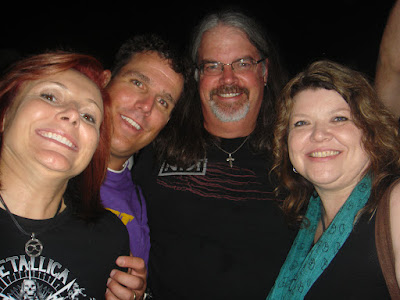 I snapped this shot as we exited the park.  I love Spanish moss and thought this picture really captured its eerie quality. 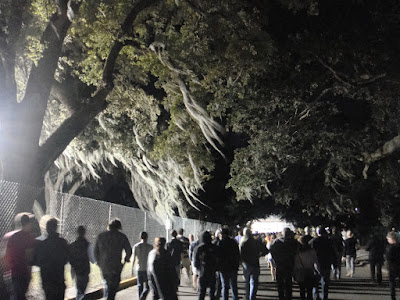 Okay, that’s all for now.  I still have so many photos to share and stories to tell about our trip to New Orleans but we are on our way to California today.  Yeah, we are quite the travelers.  Don’t be too jealous, though.  This is just a fairly brief business trip for David with me tagging along.  I will have all day Friday in a hotel room alone which right now sounds pretty much perfect.  Especially since I’ll have computer access.  Expect more blog posts!