Goodness…I haven’t posted anything here for two weeks! You may have guessed we’ve been busy with our new business and you’d be right. It has taken off much faster than we had anticipated. We are thrilled by this and having a blast, but it’s also rather time-consuming. There will come a time when we won’t be able to attend every performance of our bands but for now we are trying to.
Saturday before last, Rowdy Folk performed at The FieldHouse. It was a couple of days after my parents’ anniversary so we invited them to join us for dinner before the show. I also arranged for a special song dedication. My dad is a big Johnny Cash fan so Rowdy Folk covered one of his songs for my parents. They were really pleased. In fact, they were enjoying the music so much they stayed until after 10:30 p.m. which is unusual for them. It was a fun night and I’m glad we got to share it with my parents. 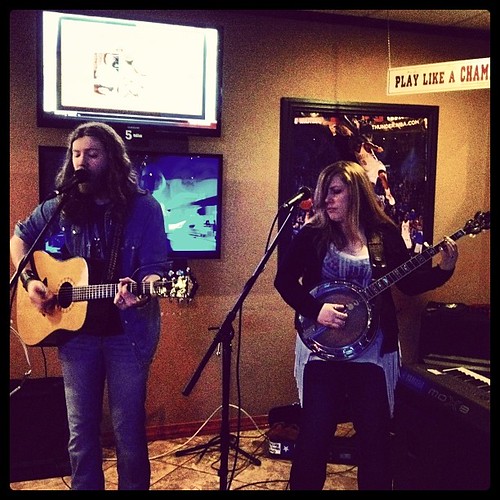 After the show we were given free tickets to…wait for it…roller derby. I had no idea we even had roller derby here in town. I was coming down with a cold and could have used a nap Sunday afternoon/evening but how could we turn down that opportunity?
On Tuesday a blues band auditioned for us. They are still working on getting enough material for a three hour show but should be ready by next month.
Wednesday we had our first show at The Rib Crib. Mandala and Thomas performed and it was so nice to enjoy live music outdoors. There were several children and they had a blast. Two little boys were allowed to “fill in” on the drum for one song and a couple of tiny little girls twirled to the music. Rain had been a possibility but we lucked out. 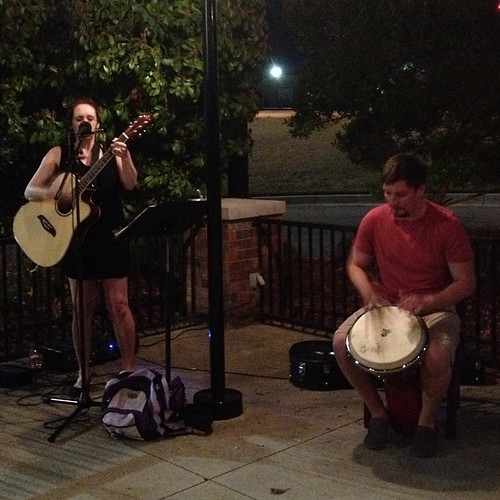 I noticed that these guys were all wearing black, music-related t-shirts so I had to take a picture. They are obviously a very serious bunch. 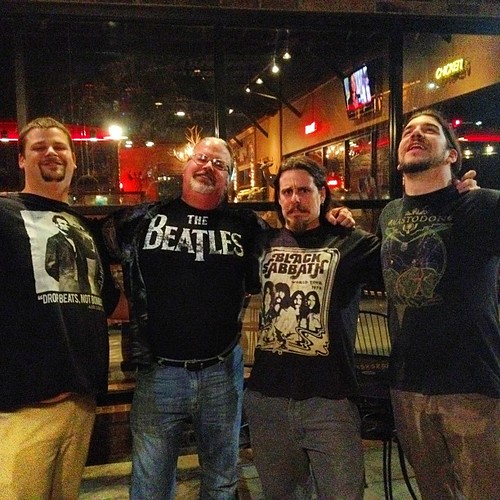 Thursday night we met up with my parents at the McSwain Theater to see one of my favorite movies, “The Long, Long Trailer” starring Lucille Ball and Desi Arnaz. It was fun to see it on a big screen.
We actually stayed home Friday night but that was because we knew we’d better rest up for The Dudes. These guys absolutely rocked The FieldHouse Saturday night. By the end of the night everyone was on their feet dancing and singing along. What a fun night! 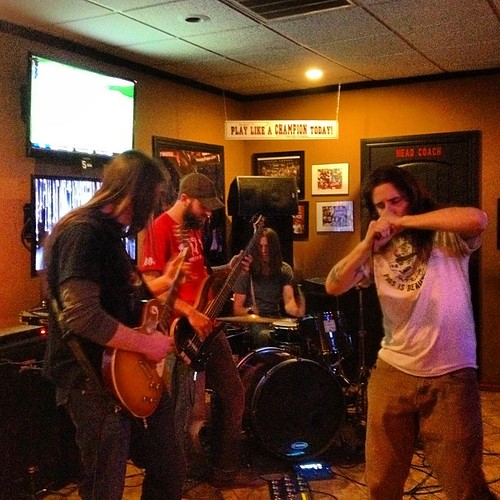 Despite not going to sleep until 3 a.m. we managed to drag our bodies out of bed for church the next morning. I have been struggling with yet another asthma attack and my third time on steroids since November. I’ve really been missing singing with the choir and was so glad to be able to join them again this week. We ate out after church and then slept most of the afternoon. We are probably too old for the pace we’ve been keeping but at least we aren’t bored.
We received our business cards a few days ago which is kind of exciting: 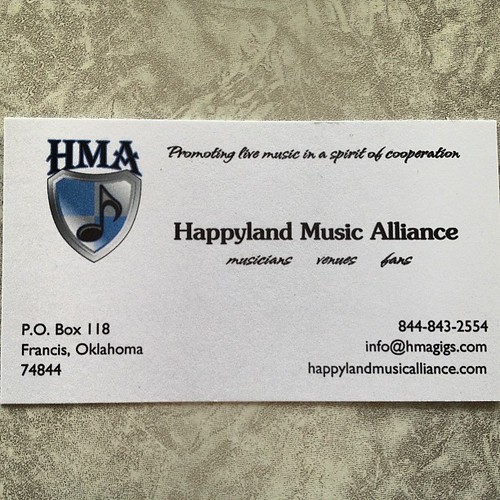 And then there’s this guy: 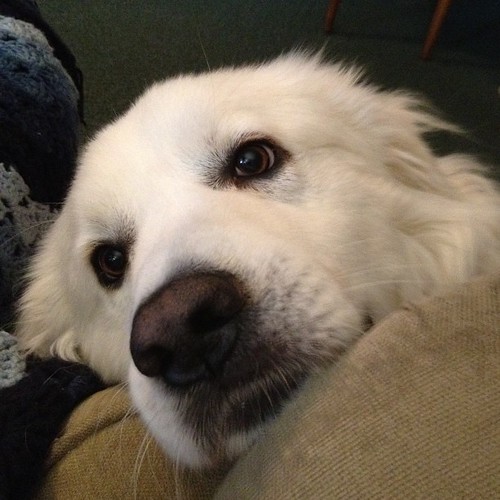 We are leaving for New Orleans Thursday morning so I’m in overdrive trying to get everything ready. We also have a show to attend Wednesday night so my goal is to have everything packed before that. Cross your fingers and say a little prayer!