We had such a fun day yesterday. Our nephew was celebrating his 16th birthday so we drove to their house (Tulsa area) to join in the festivities. I even remembered to take a few pictures.
Here is Austin with his cake (yummy ice cream cake!): 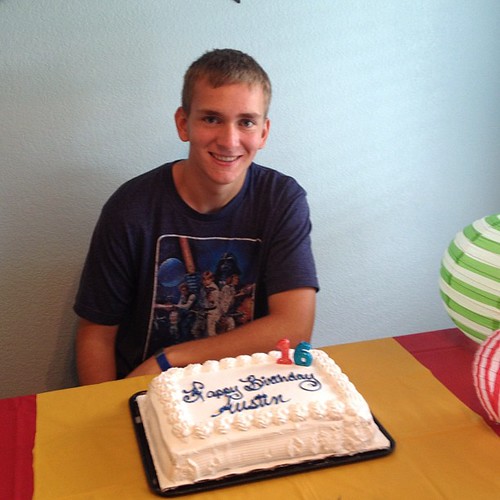 Ashlin and Austin in their glasses/noses: 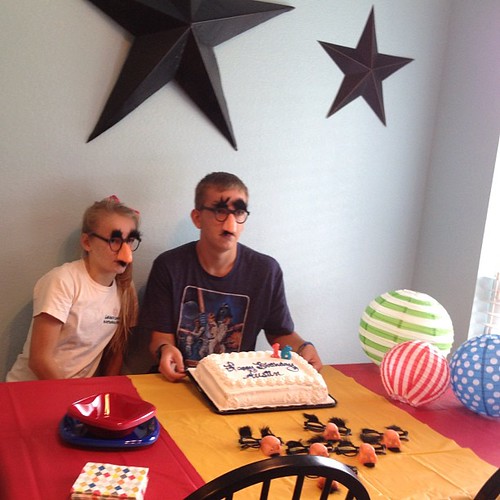 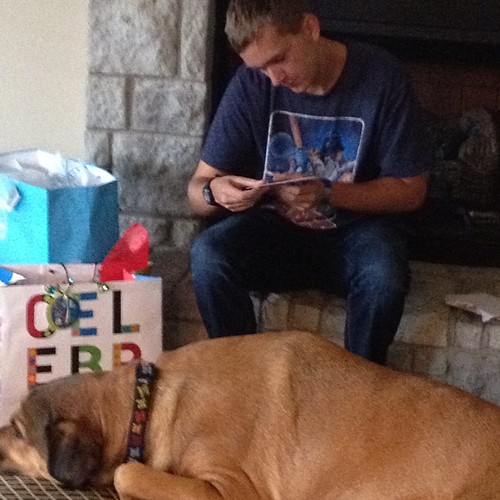 He was pretty excited about the set of Lord of the Rings Pez dispensers he received. 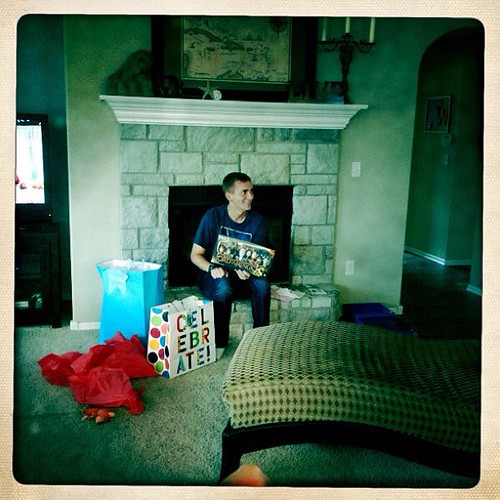 Pretty Ashlin is getting so grown up! 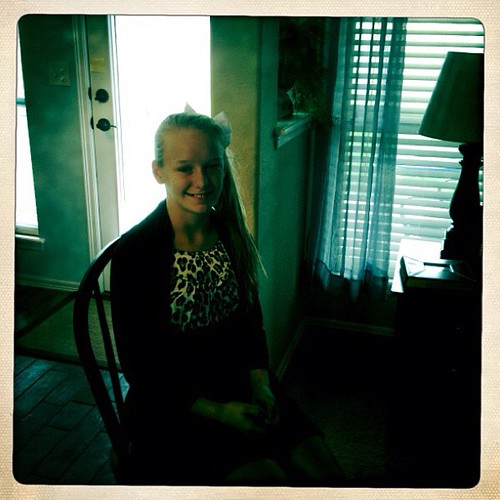 Modoc was happy to have so many people to pet him. 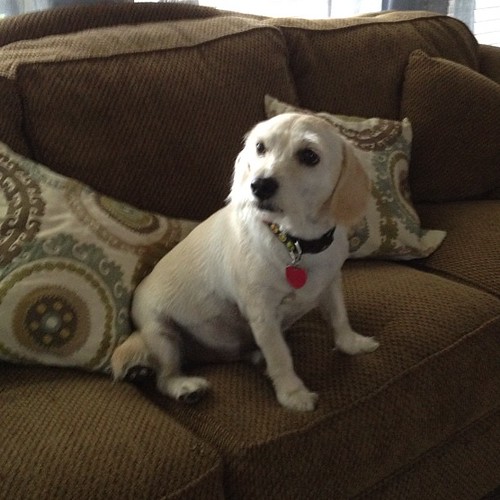 Huck was taking a little rest. 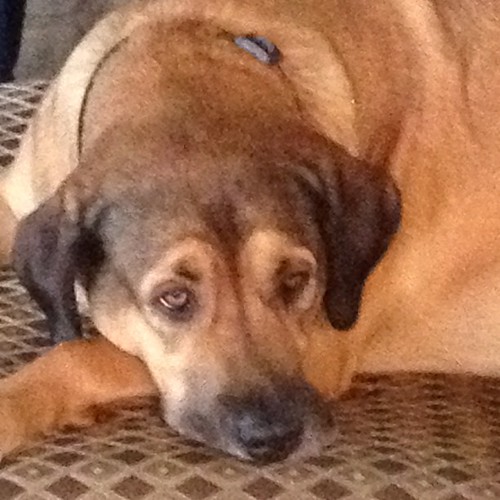 I think they were hoping for a hand out. 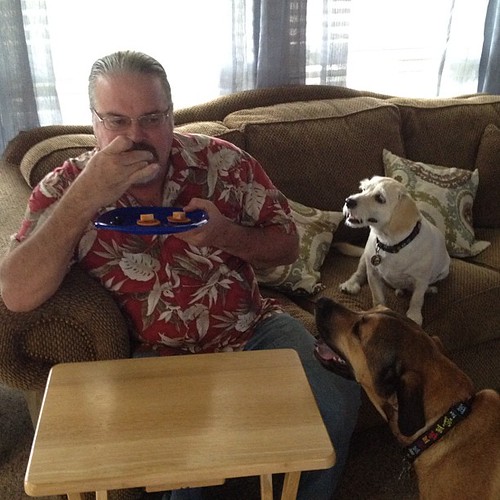 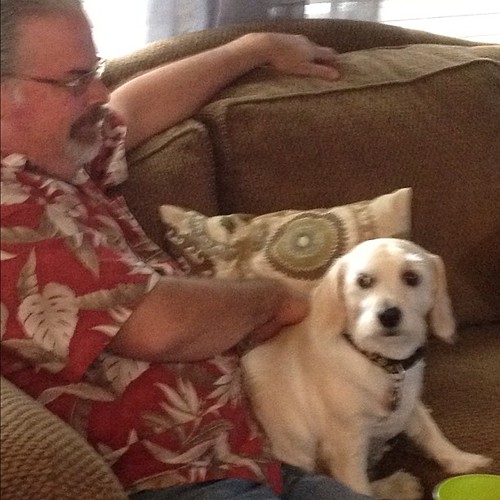 I really enjoyed watching my brother play with his 2 year old nephew, Maverick. 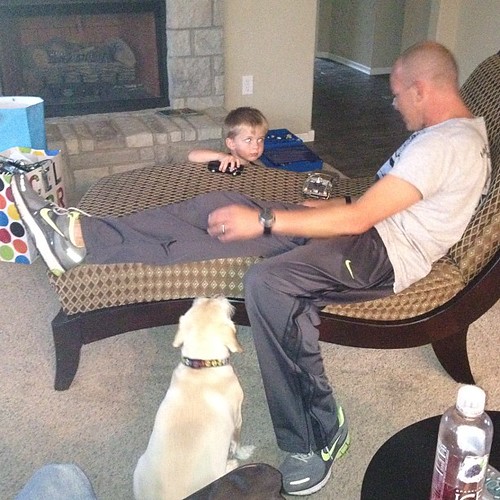 Pretty soon Mike had to get down on the floor so he could play better. I watched as they examined each little car, picked out the ones they like best, and sorted them by type. 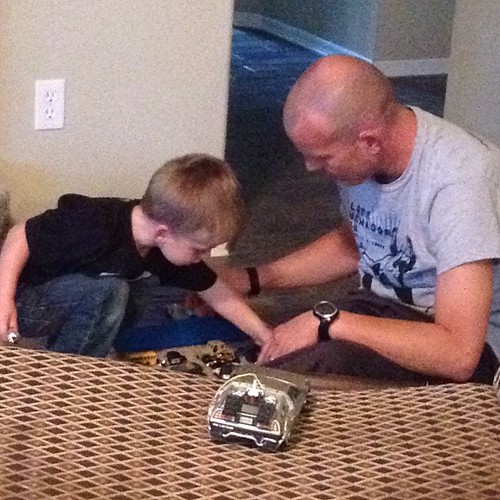 Then Mike decided they needed a ramp so he went out the garage and found a piece of wood. I’m not sure which of these two had the most fun. I think it was Mike, though. 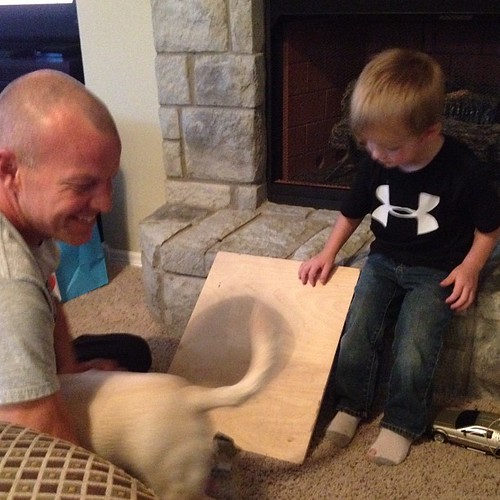 I realized when I got home that I hadn’t taken a picture of my sister-in-law, Miranda. Probably because she is never still for long – ha! We all had such a nice time together and we left with promises to do it more often. In fact, we are going to try to find a Broadway show or concert for the four of us to attend together. We saw Phantom of the Opera together a few years ago and had a fantastic time. It’s high time we do something like that again.
So what did you do this weekend?