I had to work really hard to keep my envy at bay while all my NOLA friends were posting pictures of the fun they were having during Carnival season and on Mardi Gras. One of these days I absolutely MUST experience it for myself.
But since this wasn’t the year for it I decided to host a Mardi Gras party. Since Mardi Gras is on a Tuesday and Oklahoma doesn’t give people time off to celebrate properly, we partied on Saturday. And it was a darn good thing because the last people didn’t leave until close to 3 a.m.!
I wasn’t ready to take down our Christmas tree after the holidays so I removed the Christmas decorations, put a purple bow from our library decorations on top and draped it in Mardi Gras beads. I didn’t think to take a picture at night with the lights on, but here it was the following morning: 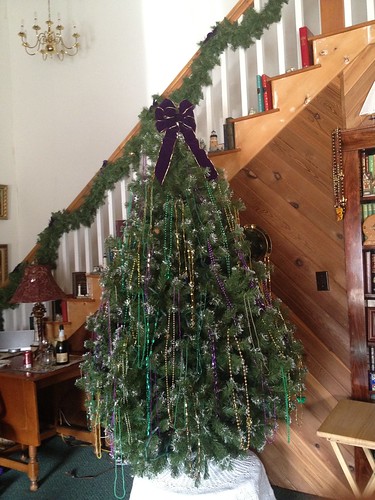 Lisa and I had gone shopping the Thursday before and I had picked up one of these: 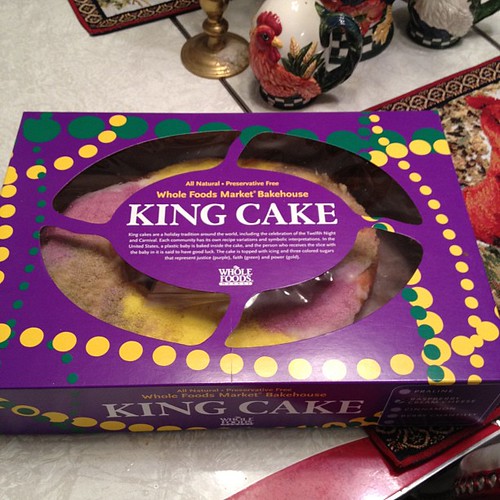 Oh, my goodness! It was absolutely delicious. I wish I had bought two of them.
I made two big pots of gumbo and rice, and had bought French bread at Whole Foods to go with it. I failed to take any pictures during the party because we were all having such a fabulously fun time that it didn’t even cross my mind. There were a total of 15 of us and the highlight of the night was the game we played, Cards Against Humanity: 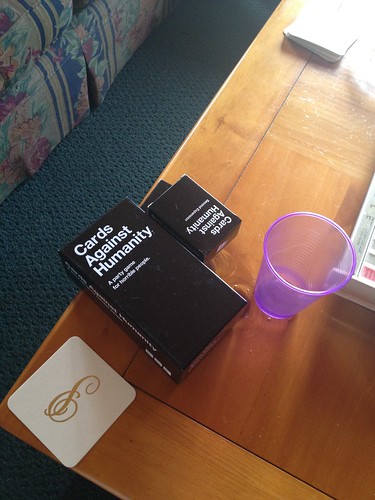 Without knowing much at all about the game, I had purchased it as our family Christmas game (I buy a game for our family each year). It’s like a VERY adult version of Apples to Apples and truly the most hilarious game I’ve ever played. You wouldn’t want to play it with children or anyone who is uptight but with the right folks I promise you will never laugh so hard in your life.
While I totally screwed up on the picture taking during the party, I did snap a couple afterwards when I took a look at my kitchen. David had set out a ridiculous array of liquor but nearly everyone ended up drinking wine or beer. Towards the end of the night David opened some champagne but despite the way this looks we were a rather sober group. Ha! 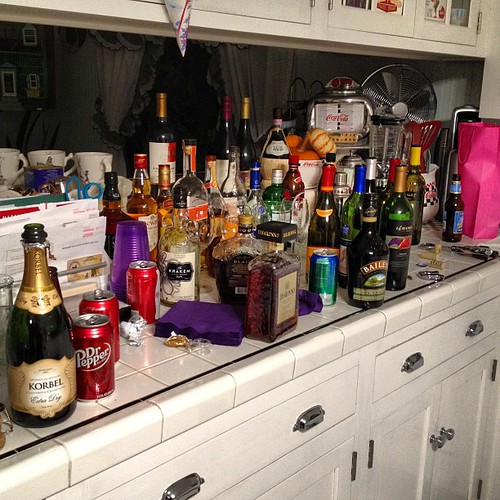 I should have taken more pictures but just imagine all the counters looking about like this: 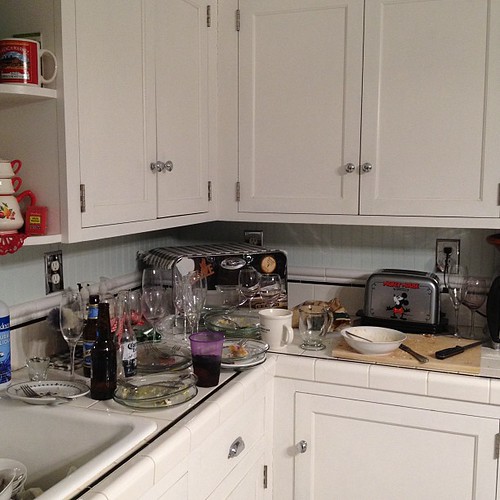 Ordinarily I clean up after parties so I’m not faced with a mess the next morning but by 3 a.m. I was exhausted and just left it. Here’s the family room Sunday morning: 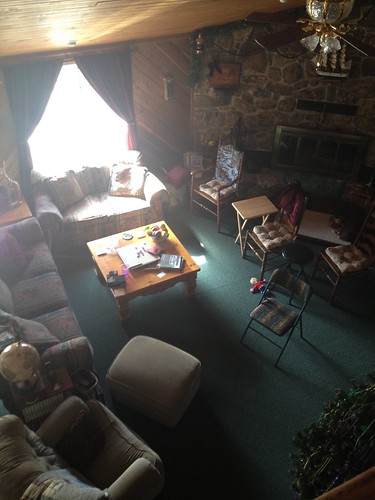 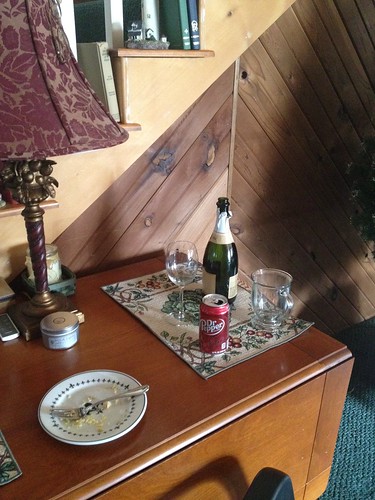 And this was the saddest sight ever. Not a single bite of King Cake left for breakfast: 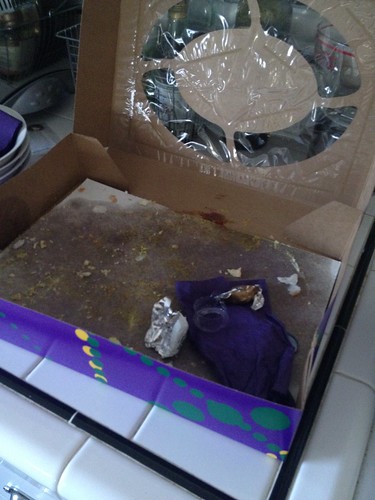 So, even though we couldn’t be in New Orleans we made the best of it with good food, terrific friends and lots of laughs.