Almost exactly four years ago we bought our first Prius:

It’s been such a wonderful car. I get around 50 mpg, it’s extremely comfortable and it suits our needs perfectly. Several months ago David started talking about trading it in on a new one. Saturday morning we received a phone call from the dealership where we bought it asking if we were interested in trading it in. They had a customer looking for a black, used Prius with leather interior. We decided to go check out our options. And we came home with this: 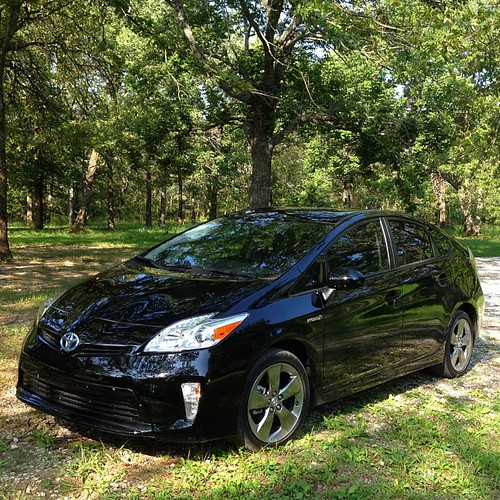 It’s a new 2013 Prius Persona edition, which means it has 17 inch alloy wheels rather than the regular 15 inch with hubcaps. It also has a little sportier interior. It’s probably not terribly practical in this heat but the interior of this one is black rather than the gray in our other one. It does look really nice, though, and I’m very happy with my new car.
After we finished the trade, we headed to Moore to see a movie. 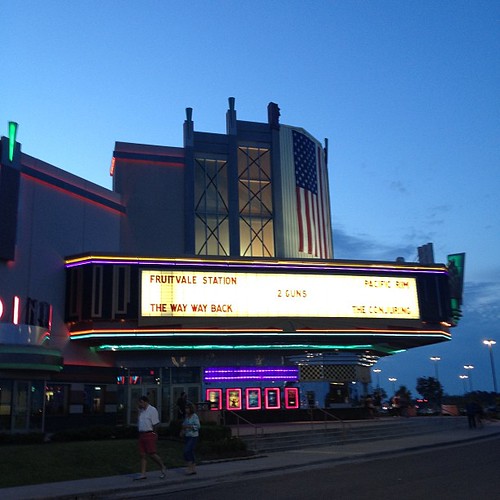 I’ve been wanting to see a movie for weeks now but there just hasn’t been anything I really was interested in. Finally I found one that sounded good – “The Way, Way Back”. It’s a coming-of-age story with a nice mix of humor and drama. Not enough car chases or shooting for David to put it at the top of his recommended list but I really enjoyed it.
We then had dinner at a new restaurant near the theater – Hollie’s Flatiron Steakhouse. The food was pretty good and the service was excellent. My only complaint was the atmosphere. Don’t get me wrong. The interior was quite lovely but can someone explain why a nice steakhouse needs dozens of televisions all over the place? There were at least half a dozen in my line of sight alone. Even worse, every television was tuned to either NASCAR or Fox News. If I were Queen of the World restaurants would not have televisions. Except sports bars. They’d be allowed there.
It wasn’t exactly how we had planned to spend our Saturday but I’d say it turned out quite well. 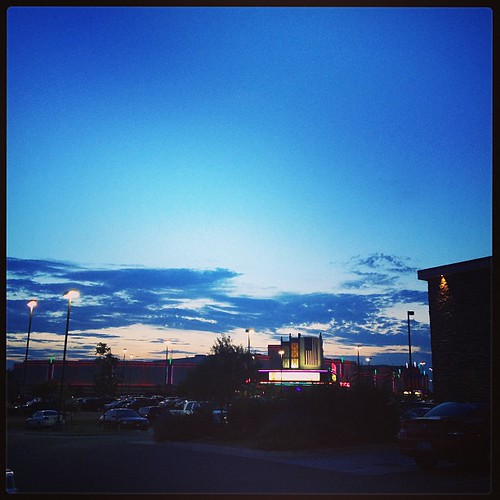