I keep thinking I’ll get back to regular blogging and then life just keeps zipping along at a breakneck pace around here. And if I do find a bit of time late at night, our #$@*ing internet has slowed to a crawl…no, less than a crawl. More like a glacial pace. I still need to write a post about our recent Happyland Music Fest – which was the very definition of “epic” – but in the meantime here is an overview of what we’ve been doing this past week.
Our music festival ended Memorial Day. We were pretty close to dead on Tuesday and then David left Wednesday on a business trip. Our music business is going great and I did my best to keep things rocking along while David was away.
Wednesday evening was our last church choir rehearsal for the summer and we all then went to the Rib Crib afterwards. Mandala and Thomas (HMA musicians) were playing and it was a beautiful night. 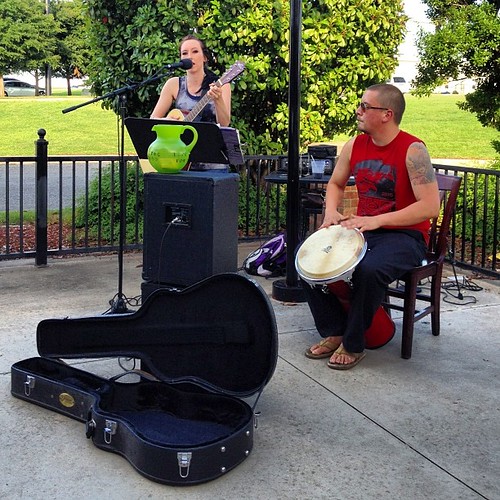 Thursday night Rowdy Folk (another HMA band) played at Papa Gjorgjo’s North Lounge. It was another perfect night for music on a patio. 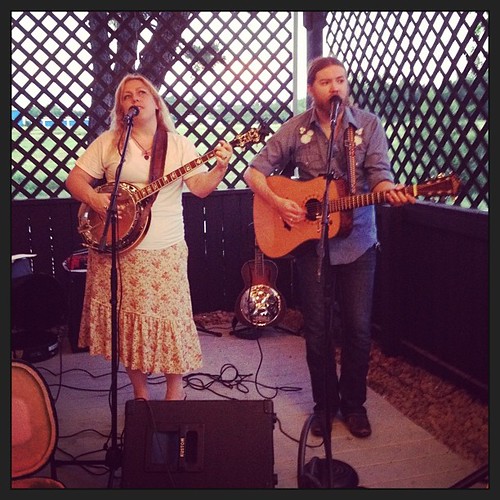 On Friday night, ARe Randall Blues Band played at Vintage 22. I was exhausted and felt like I might be coming down with a cold so I only stayed for one set. But they sounded great! 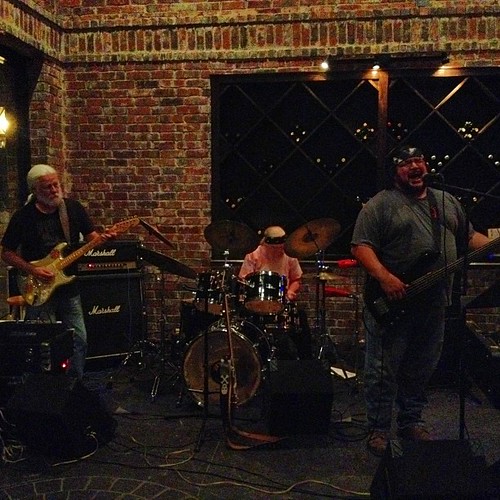 David flew home Saturday afternoon, took about a 45 minute nap (he’d been up since 4 a.m.) and then we got ready to attend the wedding of some very dear friends. Before the wedding we met up with our kids and another couple for dinner. The wedding was held outdoors on the grounds of a gorgeous historic home in town. I must say, it was one of the most enjoyable receptions I’ve ever attended. I think we got home around 2:00 a.m. Because we apparently don’t need to sleep. 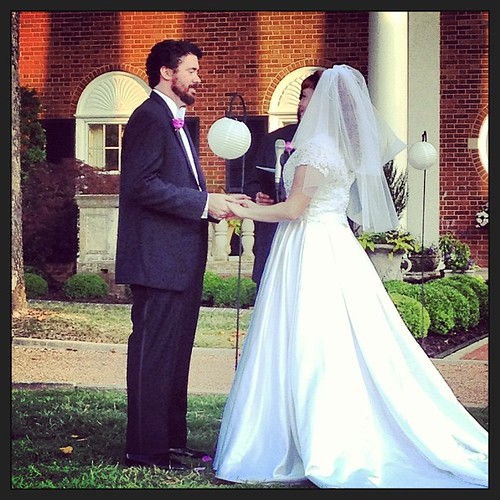 Sunday we left around 1 p.m. for Oklahoma City in order to attend Battle of the Bands which our HMA band, Our Mother’s Martyr, was competing in. They put on an amazing performance and advanced to the finals which will take place in September. Afterwards we all went out to eat at a great little 24 hour diner called Beverly’s. I had delicious chicken and waffles. The best part was when the nine of us ended up singing along to the Doobie Brothers’ “Black Water” in the restaurant. Every once in awhile I’m struck by one of those shining moments when I realize what a fun life I’m living. Singing along with a metal band in an OKC diner was one of those times. 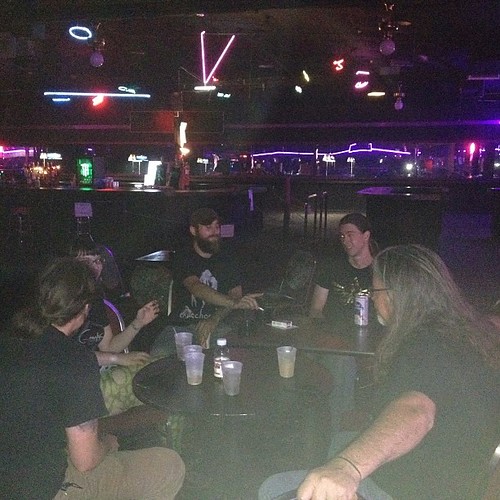 Before the Battle of the Bands

After dinner and hugs all around, the musicians headed back to Ada in this: 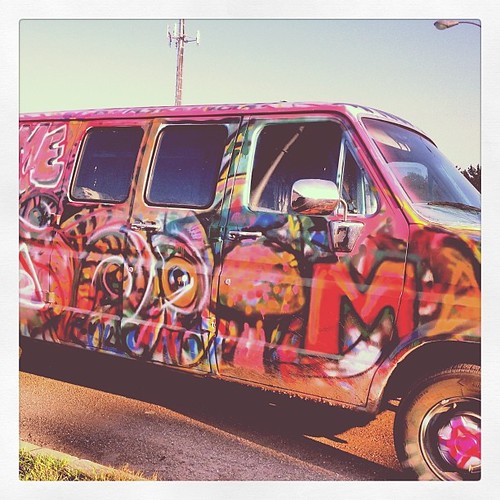 Groovy, man!
And then David and I spent the night at the Skirvin Hotel in OKC. Which was nice but would have been even better if we hadn’t been utterly exhausted and if I hadn’t had hives in the middle of the night. I’m starting to get used to that, though. That’s a lie. I’ll never get used to hives.
When we got back to town on Monday afternoon I dropped David off at work then went home to get some work done myself. David had a fire fighter meeting that night. We did get some time to watch TV later which is something we hadn’t done in quite awhile.
Tuesday evening I packed a picnic supper which we took to the park. Aaron and Lindsay of Rowdy Folk do a family sing-along on Tuesday evenings and this was our first time to attend. It was a lot of fun. Then we went to Vintage 22 for Trivia Night and to celebrate a friend’s birthday.
Wednesday I delivered Meals On Wheels then picked up Lisa and my mom. We went to Sulphur (about half an hour drive) to have lunch at the Artesian Hotel restaurant. The food and service was outstanding!  We had heard great things about the hotel so I suggested we ask to see what the rooms looked like. The girl at the front desk was absolutely wonderful about my request and took us to look at four different rooms, two of which were suites. I’ve stayed in some really nice hotels but the Artesian is truly impressive. Now if we can just find time for a weekend get-away…

There are some really fun shops in the hotel and the three of us had a wonderful time checking them out. I think we need to make this “grandmother/mother/daughter trip a regular thing.

You’re not going to believe this but we actually stayed home that night. Well, sort of. David had to take some sound equipment to one of our bands and stayed for one set.
Thursday was David’s birthday. My mom invited us and the kids over for tacos and chocolate malts to celebrate. My aunt had sent fresh tortillas from California and my mom makes the best tacos. And pretty darn good malts, too.
And that brings us to today. Two of our bands are playing at Vintage 22 tonight and a friend is celebrating her birthday there as well. As soon as I finish this I’m grilling hamburgers for dinner, along with corn on the cob and French fries. Then we’ll get ready and go out for live music and good times with good friends.

Whew! After writing all that I know why we are so tired. But at least we aren’t bored. Never, ever bored.