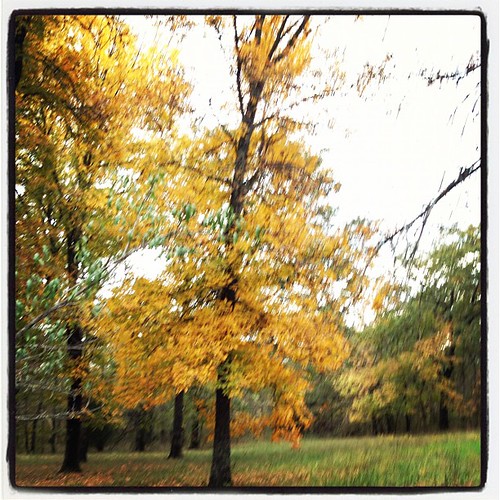 When I started this series I hadn’t really considered the fact that we would be leaving for New Orleans on the 25th. And then I had this notion that I could write extra posts and schedule them to post each day while I’m gone. As they say, the best laid plans of mice and men…
I’ve been cleaning house all day today and tomorrow I’ll be packing and finishing up some last minute things before our trip. I’m not going to have time to finish any more posts for my “Autumn Nesting” series before we go. I hope to pick it back up when we return but in the meantime I thought I’d share some pictures I took this afternoon as I took Shiloh on a walk. The one at the top of this post is of one of my favorite trees out here on Apple Tree Farm. A picture doesn’t do it justice, especially when taken on a cloudy day, but when the sun is shining it positively glows.
More fall foliage: 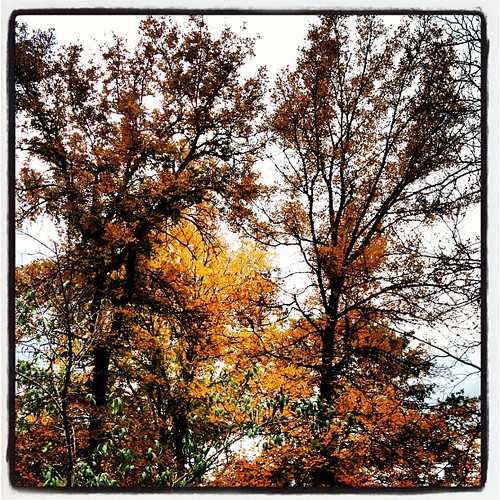 The fallen leaves are getting thick in places: 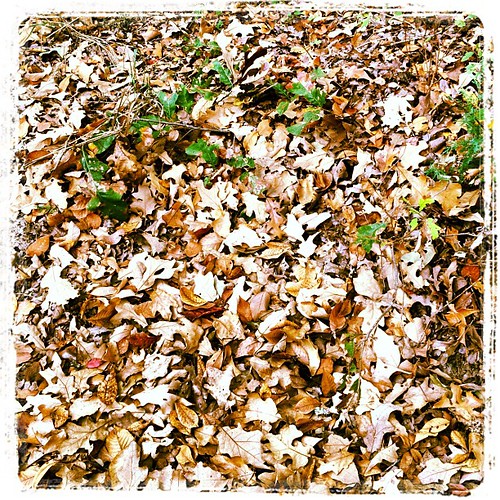 When I went outside to take Shiloh on a walk, he and Steinbeck were curled up together in one of Shiloh’s holes. I didn’t realize when I took the picture that I captured Steinbeck with his tongue out: 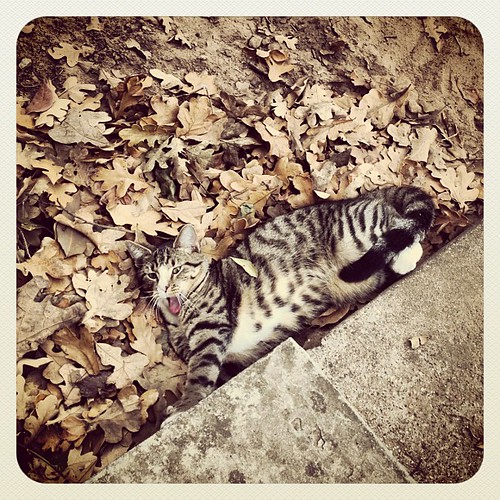 He followed us on our walk. Here he is lying on the gravel driveway: 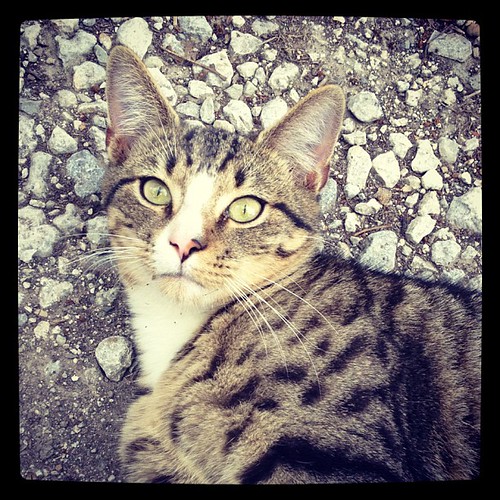 I decided to give Shiloh a good brushing after his walk because I’d spent much of the day vacuuming and mopping the floors. I think I could knit another dog from the fur I brushed out: 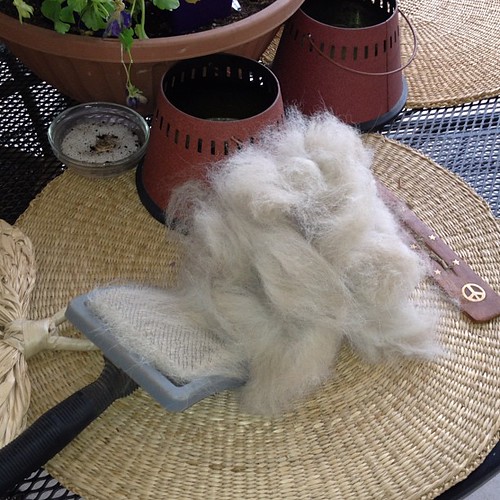 I’m not sure if I’ll have time to post anything before we leave but I hope to at least post a few pictures via my iPhone while we are in New Orleans. You might also want to keep an eye on my cooking blog, Dee’s Kitchen. There’s a good chance I’ll post pictures of some of the delicious food we’ll be eating. And of course, if you follow me on Twitter, Facebook (link to my personal page to which you can subscribe to my public posts), Instagram or Flickr you’re likely to see posts or pictures of our adventures. I can hardly wait!