First, how about an “Autumn on Apple Tree Farm” picture? I took this while walking Shiloh this morning: 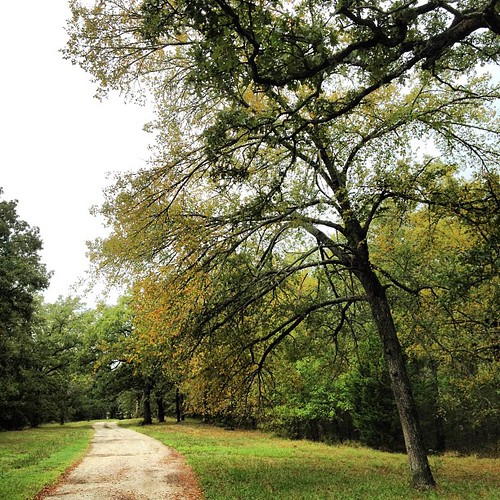 So, what have we been up to the past several days? Well, it hasn’t been sleeping, that’s for certain. This past Thursday we went to see Mary Poppins at the McSwain Theater here in town (they show older movies for $5 including popcorn and a drink). That’s my all-time favorite Disney movie so I was delighted to get to see it on a big screen. Afterwards we went to the Statesman to help celebrate a friend’s birthday. Rowdy Folk provided the entertainment. I do believe it was the best performance I’ve heard from them. So much fun! By the way, they just completed the recording and mastering of their first EP. Can’t wait to hear it! 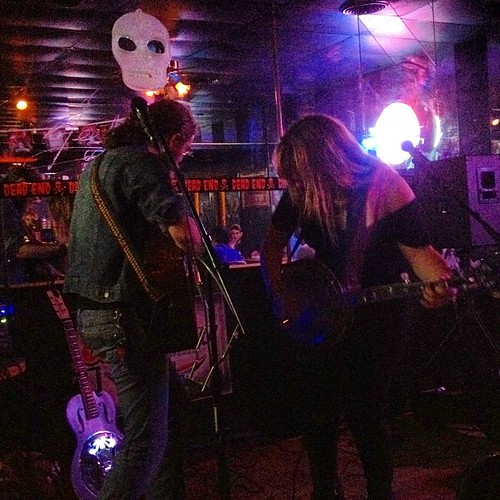 We had intended to just stay a little while since David had to go to work the next morning but I think it was nearly 2 a.m. when we got to sleep. When David got home from work Friday evening he caught a bit of a nap and then we headed out again, this time to hear Our Mother’s Martyr whose album is currently be mastered in France. The show was absolutely spectacular. They did a combination of originals and cover songs, including “The House of the Rising Sun” which they dedicated to “the pirates”. 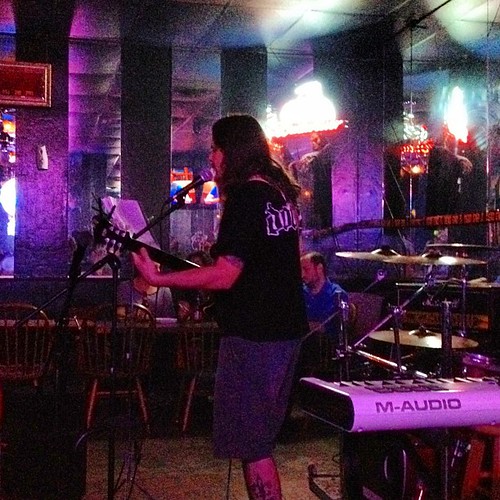 Not only did we get to hear great music but Cane’s Meat Company, the ones who had the food truck at our Happyland Music Fest, provided some delicious food: 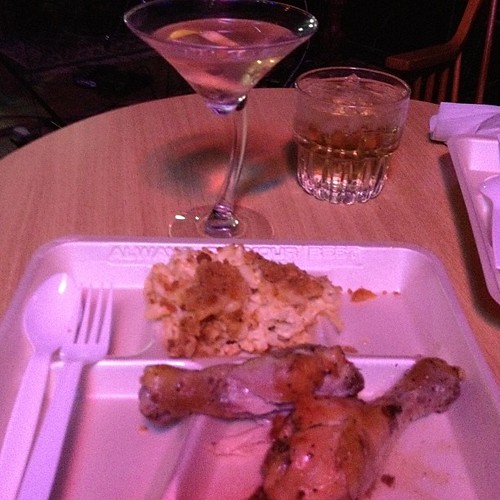 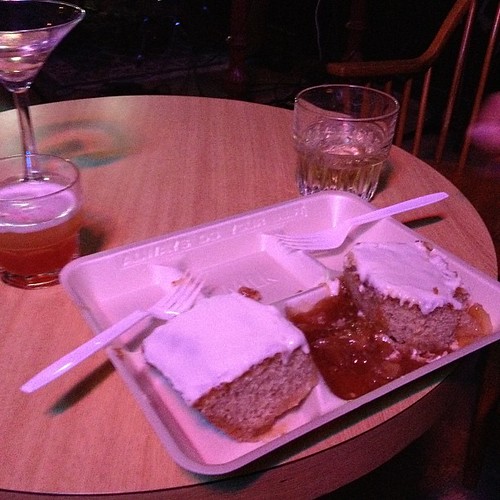 And there was even a pirate behind the bar part of the night: 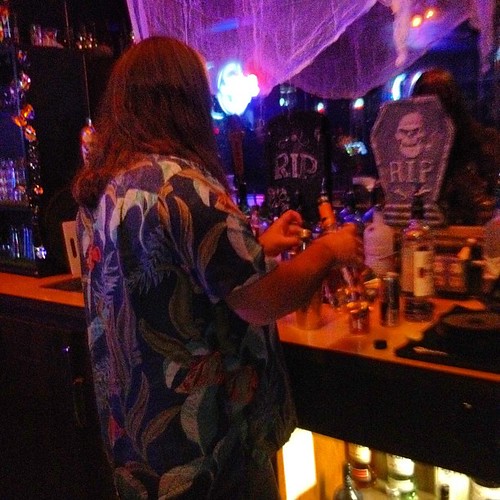 That’s right. David applied for a bartender’s license a long time ago and he is getting to practice for fun. He says that when he retires he’s going to be a bartender in New Orleans. I have to say he seems well suited for it.

So, Friday night was another late one – about 3 or 3:30, I believe. We were supposed to then go to Oklahoma City on Saturday to see Our Mother’s Martyr perform up there and spend the night but the show was cancelled. So we decided to cancel our hotel reservations and stay home one night.

We needed to rest up a bit because on Sunday we flew to Kansas City. This was in the airport: 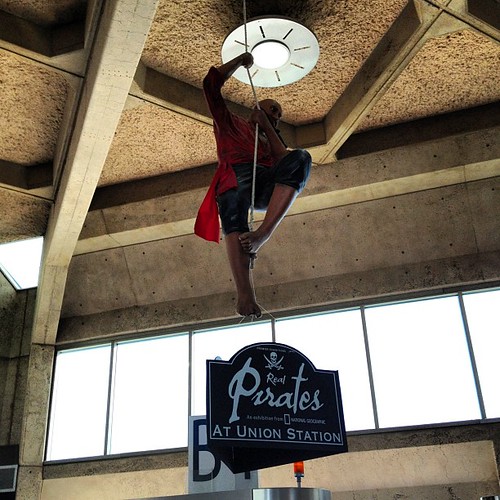 We thought it would be fun to go to the exhibit but unfortunately they are closed on Mondays. Oh, well, at least we got to see this: 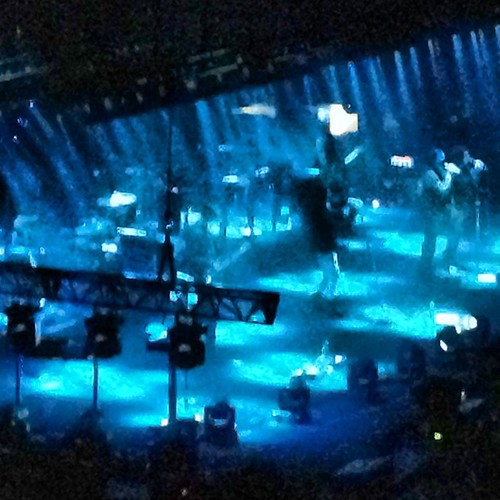 That’s right. We got to see Nine Inch Nails! Oh, my goodness. What a show. 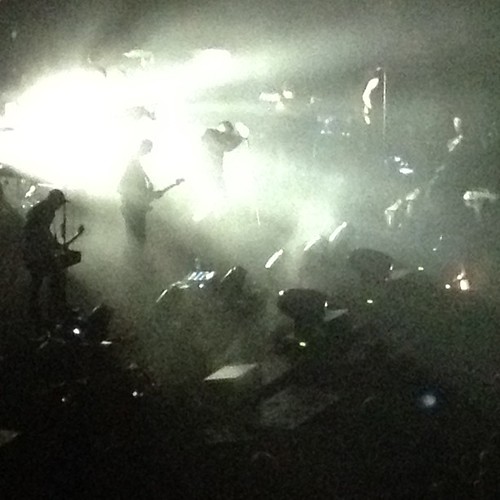 You can see a video I took at the concert on my Well-Groomed Hippie blog.
It was another late night but oh, so totally worth it.  I flew home Tuesday and David is finishing out the week with a business trip. Poor guy had to get up at 4 a.m. this morning because a customer had a problem with some equipment. He’ll be home Friday and hopefully he can catch up on his sleep. Unless there’s something fun going on.
Here’s a picture I took of Oklahoma from the plane. The colors didn’t translate very well, but the red dirt was such a pretty contrast with the green fields. We are having a glorious Indian Summer! 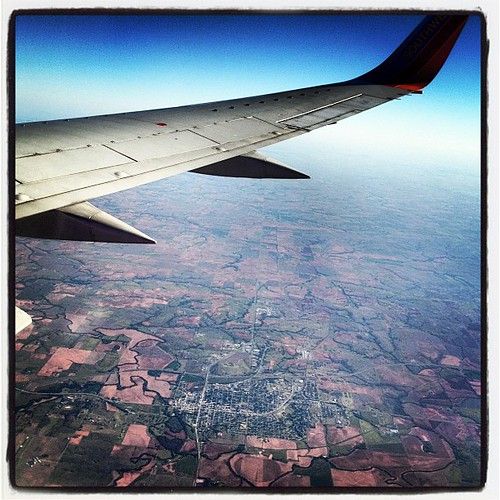 There were several packages awaiting me when I got home last night (mostly stuff David had ordered for his bartending hobby – ha!) including these: 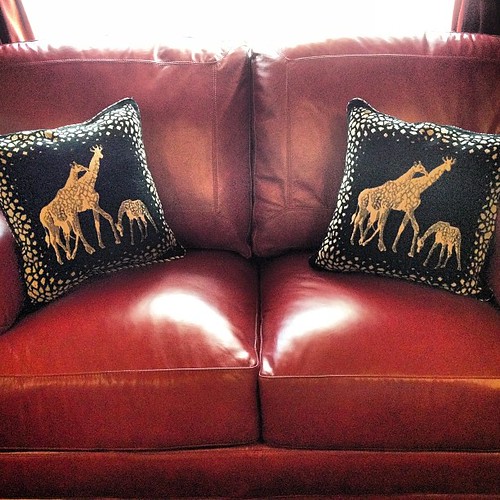 Aren’t they fabulous? In case you didn’t know, I have a thing for giraffes: 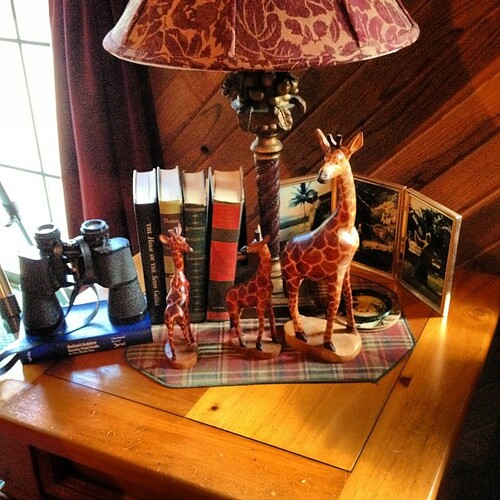 And that about wraps things up except for this little snippet I filmed of OMM playing “House of the Rising Sun” for us: