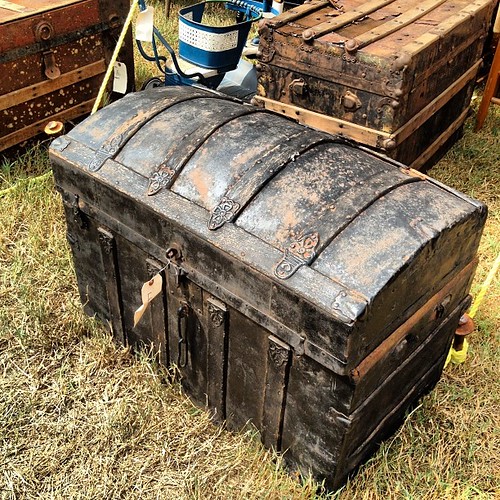 Here it is, October. OCTOBER! So far it still feels like late summer around here but that will change tomorrow as a cold front comes through bringing rain and high temperatures not expected to get out of the 60s. I can’t really complain, however, since several friends have been posting pictures of snow on Facebook today. Plus we’ll be back up to 70 on Sunday and next week looks to be a glorious collection of sunny days in the 70s and low 80s. I’m savoring each and every warm day before it’s our turn for cold weather.

It seems that September just zipped by but when I look back I realize we managed to cram quite a lot into it. Here’s what I’ve been into this past month:


September began and ended with weekend trips. We celebrated my birthday in OKC the end of August/beginning of September. Then we ended the month with a short trip to Kansas City to see Nine Inch Nails.

There were also several nights spent listening to live music locally and in Dallas, as well as a dance party for which Chris was one of the DJs:

We celebrated Talk Like a Pirate Day by having dinner out with friends and then a few hours at the Statesman enjoying live music and celebrating a friend’s birthday.

For the second year in a row I attended an Amish auction with Lisa and our friend, Mary. We had a lovely time, even if those gorgeous quilts are WAY out of our price range. 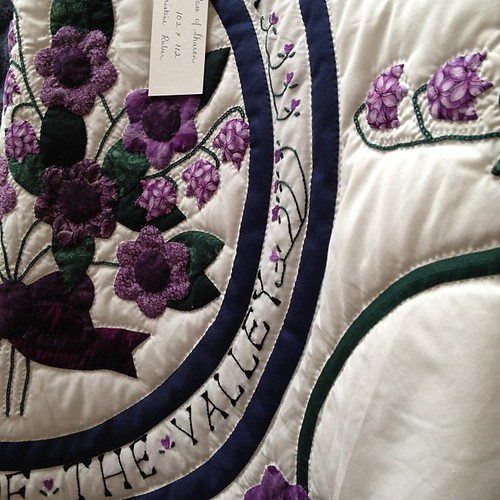 Our new sofas arrived and I’ve spent a lot of time on Pinterest gathering ideas for updating the decor in our family room.

I also started what I intended to be a weekly feature – POW – Project Of the Week. I still haven’t finished it. Ha! But hopefully I’ll get my act together and you’ll see more of this feature.


All You Need to be Impossibly French by Helena Frith Powell

I’ve also read parts of other books this month nothing else that I read start to finish. I really need to rectify that in the future. I used to read so much more. Well, I still read a lot but most of it’s online these days.


David and I finally saw The Great Gatsby. From the moment I first saw the trailer for it I knew it was a must-see for me. I really, really wanted to see it in a theater but it just didn’t work out for us to do so. We borrowed a copy from a friend and watched it one evening at home. I’m always a wee bit apprehensive about film adaptations of favorite books but I was quite pleased with this one. Leonardo DiCaprio gave a phenomenal performance. I even thought the unorthodox music was exceptionally well-done.

On YouTube, in addition to the usual grocery haul and music videos I like to watch, this month I enjoyed one about an experiment in gratitude and in this one I learned some new ways to tie a scarf.


As always, music occupied a large part of my life in September. In addition to local music performances by Rowdy Folk, Mandala, Our Mother’s Martyr and several DJs at the dance party, we also saw Our Mother’s Martyr perform at the Texas Mosh Fest and Nine Inch Nails in Kansas City.

On Spotify, I listened to a lot of blues, jazz and soul this past month. Van Morrison, Keb’ Mo’, Etta James, Diana Krall, and Miles Davis were heavily represented in my listening. I’ve also discovered a new favorite – Ruthie Foster.

AND…I started taking piano lessons! I took lessons for a couple of short periods as a child and for about 6 months as an adult ten years ago. When I heard that my friend, Lindsay, of Rowdy Folk was going to be giving lessons I knew this was my opportunity. I think it’s important to keep learning and growing throughout one’s life and I’m really excited to be playing again.


Now that we are entering a time of cooler weather I plan to get back to baking all our bread again. I usually bake a basic whole wheat bread but since variety is the spice of life I decided it would be nice to have sourdough bread once in awhile, too. I read several blog posts and articles about how to make your own starter and decided on this one. I’ve been feeding and tending it regularly for nearly two weeks now and will be using it for the first time tomorrow. Sunday we celebrate World Communion Sunday at our church and I was asked to bring one of the loaves of bread. We try to have several different kinds on that day. I’ll take a picture of the bread if I remember but here’s what the starter looks like right now: 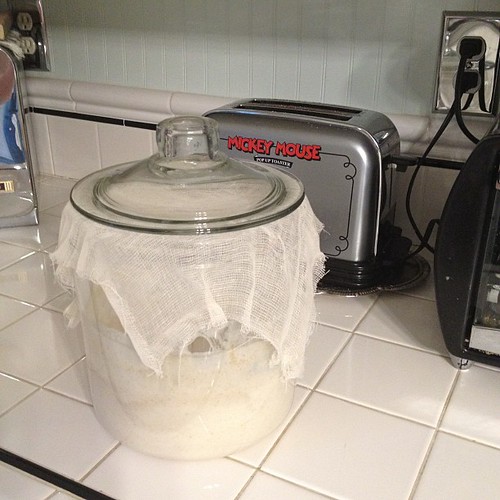 Lisa and I did our September “Grocery Haul”. You can see hers here.

I’m drawing a blank on any new recipes I made in September other than a homemade pizza with a really delicious combination of toppings – black forest ham, pineapple, bell peppers and caramelized onions. Oh, my goodness, we will definitely do that one again!

I did pin a few new recipes on Pinterest. You can see my Food and Wine board here.

I’m trying to recall if we had any out-of-the-ordinary restaurant meals this past month. Oh, I remember one. We attended a very difficult and lengthy funeral for the son of one of David’s employees a couple of Saturdays ago. We were both emotionally spent afterwards and indulged in a late lunch at our favorite local Italian restaurant. We both have our favorite dishes there but tried something we hadn’t noticed on the menu before. It was chicken parmesan in a light cream sauce which was absolutely divine. I will definitely be ordering it again.

– I was one of the hosts for the second annual Celebrating Womanhood blog event. I wrote about the value of a homemaker.

– I wrote three French Friday posts this month. The concept of aging gracefully was the topic of one, another featured a bit about my ongoing efforts to consciously design my own life, and the third focused on my efforts to make exercise a regular part of my daily routine.

– I posted about the changing seasons and how I plan to make the most of it.

So, that’s what I’ve been into this past month. I’d love to hear what’s been going on in your life. Leave me a comment and if you have a blog, I’ll pay you a visit.

Check out other “What I’m Into” posts linked on Hopeful Leigh and if you blog you can add your own.