I’ve seen several people doing these “What I’m Into” posts recently. I’ve really enjoyed reading them so I decided I’d do it, too. Here goes:


Early in June David rented three levels of scaffolding and replaced the siding on the peak on the front of our house. This is a project he’s been working on for a few years now, saving the highest and scariest part for last. I was a nervous wreck all weekend but it’s done and there were no E.R. visits. He’s still got one little section on the side and then the balcony. It’s going to be so nice when it’s finished. He’s going to install a couple of ceiling fans and I figured out a way to have it screened in and still look nice. 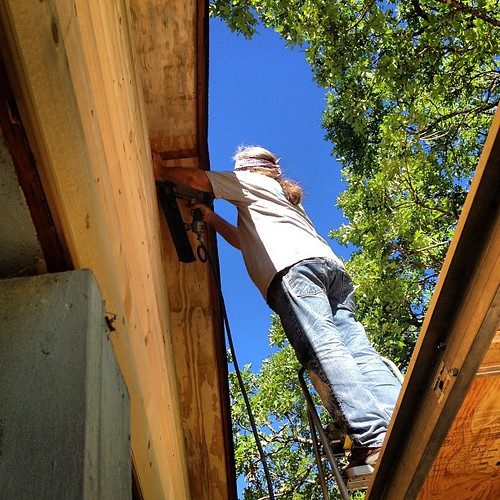 I only managed to get six tomato plants planted this year and nothing else. We had late frosts and then were busy with Happyland Music Fest and recovery time and, well, that’s all I did. I also decided not to get chickens because one of David’s firefighter buddies is keeping us in eggs. He lives alone and is getting about a dozen eggs a day. I’m giving him the big bag of organic feed I bought when I still thought I’d be getting chicks in exchange for eggs. I still miss having chickens and maybe someday I’ll do it again but for now at least I have a source for good, fresh eggs. Good enough.

Books: I’ve had a hard time really getting into a book recently. Part of the problem is that we stay up ridiculously late and by the time we go to bed I’m too tired to read more than a couple of pages. I’m hoping to change that, by the way. But the rest of the issue was that I just wasn’t making good book selections. I checked out Anthony Bourdain’s book, “The Nasty Bits” from the library anticipating a good read. I loved his book, “Kitchen Confidential” and I really enjoy his shows. Somehow, this book just didn’t do it for me. It’s a collection of pieces he’s written for other publications and while some were very entertaining, the lack of continuing narrative failed to capture my attention. It’s the sort of book you read in short bursts so perhaps I should have put it in the bathroom. 😉 I may give it a whirl again someday but it just wasn’t what I was in the mood for.

I did really enjoy Pat Conroy’s “South of Broad” which I listened to in the car. And I’m currently reading “The Unlikely Pilgrimage of Harold Fry” by Rachel Joyce, which a couple of my readers here recommended. I’m only about 15 pages into it but I think I’m really going to like it.

We had a couple of especially nice meals in restaurants this month:

June was a busy, busy month! We celebrated:

We also:
And we took two short trips:

I also did a blog-a-day challenge and actually managed keep up with it. I’ll be deleting the link in a day or two but for now all 30 posts are linked here. 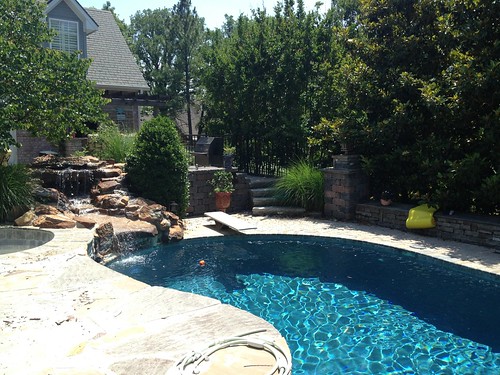 Chances are if you’re an avid blog reader you know that as of last night, Google Reader is no more. I’ve known this was coming and as soon as it was announced I imported my feeds to both Bloglovin’ and Feedly. I had planned to start getting used to them before Google disappeared but habit won out. For now I’m using both and trying to decide which I like best. I’m leaning toward Feedly for a couple of reasons. First, the Feedly iPhone app is significantly better than Bloglovin’s and second, I like the fact that Feedly displays the entire blog post rather than requiring that you click on through to the original source. With my sloooowwww internet connection fewer page loads matter.

I find a reader virtually essential for keeping up with a large number of blogs but I do know that some manage their reading in other ways (I’d love to hear your method). The important thing is that I don’t want to lose any of my readers so I hope you’ll choose a way to follow which works for you.